The basis of the word lily-livered lies in an old belief. Years ago, people thought that health and temperament were the products of a balance or imbalance of four bodily fluids, or humors: blood, phlegm, black bile, and yellow bile. It was believed that a deficiency of yellow bile, or choler, the humor that governed anger, spirit, and courage, would leave a person's liver colorless or white. Someone with this deficiency, and so white-livered, would be spiritless and a coward. Lily-livered and white-livered have been used synonymously since the 17th century, but lily-livered is now the more common expression, probably because of its alliteration.

"The deus ex machina aspect of Mando's comrades popping up to save him and Baby Yoda from certain death once he proved he wasn't a lily-livered Empire flunky kind of irked me, but I often have that complaint with sci-fi and superhero stories, both of which are prone to ending battles with an out-of-nowhere assist." — Katie Rife, The A.V. Club, 22 Nov. 2019

"I did see more salads than should be allowed in a place like this—something the tentacle-bearded sea captain would surely dismiss as lily-livered landlubber food. And when you're deep inside the belly of Helmsman Ale House, marvelling at the … original arched, wood-beam ceilings that make you feel as if you've been swallowed by the hull of an ancient schooner, salad seems a silly thing to eat, especially while you're chugging a pint." — Edwin Goei, OC Weekly (Costa Mesa, California), 25 Sept. 2019

Fill in the blanks to complete an antonym of lily-livered: v _ _ i _nt. 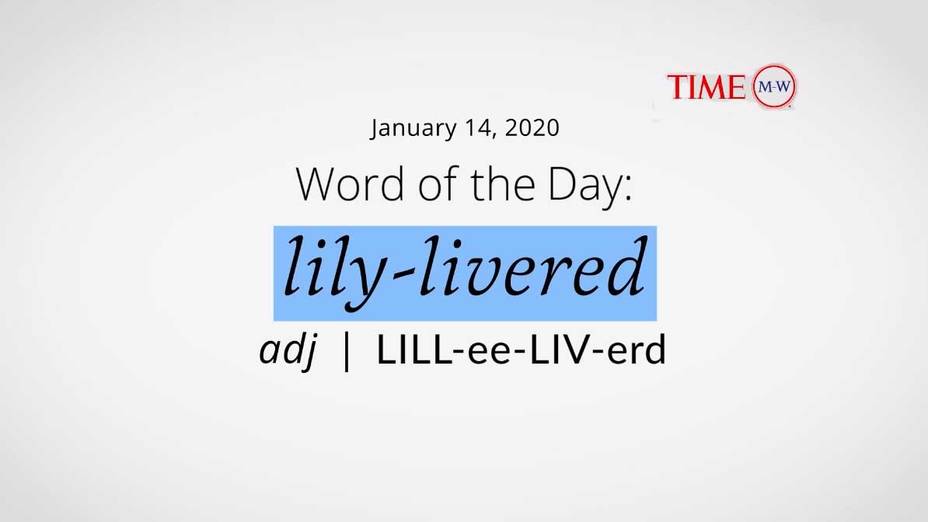