GAMES BROWSE THESAURUS WORD OF THE DAY WORDS AT PLAY SETTINGS
Word of the Day : March 25, 2020

2 : to deride or tease with taunting words

Confused about jibe and gibe? The distinction actually isn't as clear-cut as some commentators would like it to be. Jibe is used both for the verb meaning "to be in accord" or "agree" (as in "the results do not jibe with those from other studies") and for the nautical verb and noun referring to the act of shifting a sail from one side to the other ("jibe the mainsail," "a risky jibe in heavy seas"). Gibe is used as a verb and noun for derisive teasing or taunting. But jibe is also a recognized variant of gibe, so it too has teasing or taunting uses. Gibe has been used occasionally as a variant of jibe, but the use is not common enough to warrant dictionary entry, and is widely considered an error.

"My PR firm introduced Tom and me, and I came ready to impress. I had read every piece he had written in the last five years. I playfully gibed him about obscure predictions he had made years ago in other articles, and was prepared to thoughtfully discuss his most recent column." — Keith Ferrazzi, Never Eat Alone, 2005

What 4-letter synonym of gibe begins with the first two letters of gibe and has a homograph that can mean "to prepare (oneself) for action"? 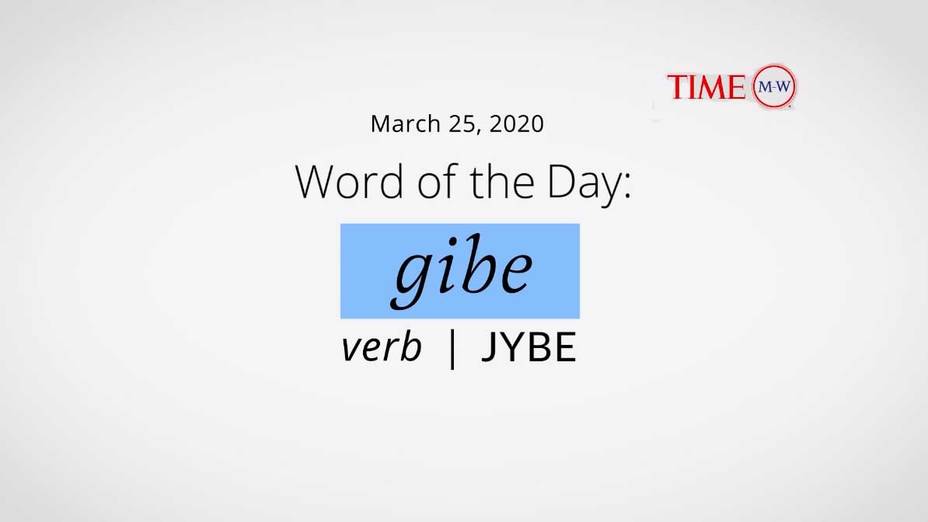 verb - to tease with or utter taunting words