GAMES BROWSE THESAURUS WORD OF THE DAY WORDS AT PLAY SETTINGS
Word of the Day : March 26, 2020

: a person trained in ancient Japanese martial arts and employed especially for espionage and assassinations

Ninjas may seem mysterious, but the origin of their name is not. The word ninja derives from the Japanese characters nin and ja. Nin initially meant "persevere," but over time it developed the extended meanings "conceal" and "move stealthily." In Japanese, ja is the combining form of sha, meaning "person." Ninjas originated in the mountains of ancient Japan as practitioners of ninjutsu, a martial art sometimes called "the art of stealth" or "the art of invisibility." They often served as military spies and were trained in disguise, concealment, geography, meteorology, medicine, and also the arts of combat and self-defense we associate with modern martial arts. Popular legends still identify them with espionage and assassinations, but modern ninjas are most likely to study ninjutsu to improve their physical fitness and self-defense skills.

"Mando's one-man raid on the client's compound is lit darkly to better convey that our gunslinger can also operate like a ninja, but in the process it made the action there a bit harder to make out than some of the fight scenes from the two previous weeks." — Alan Sepinwall, Rolling Stone, 22 Nov. 2019

"Clyde was on the fire escape. As he ambled back and forth, preening, Boicourt grabbed a purple bath towel. She threw it over the bird and pulled him into her apartment. 'I felt like a ninja,' she said. The creature bit her, hard, on the pinkie." — Katia Bachko, The New Yorker, 23 Dec. 2019

Fill in the blanks to complete the name for a teacher of Japanese martial arts: s _ n _ e _. 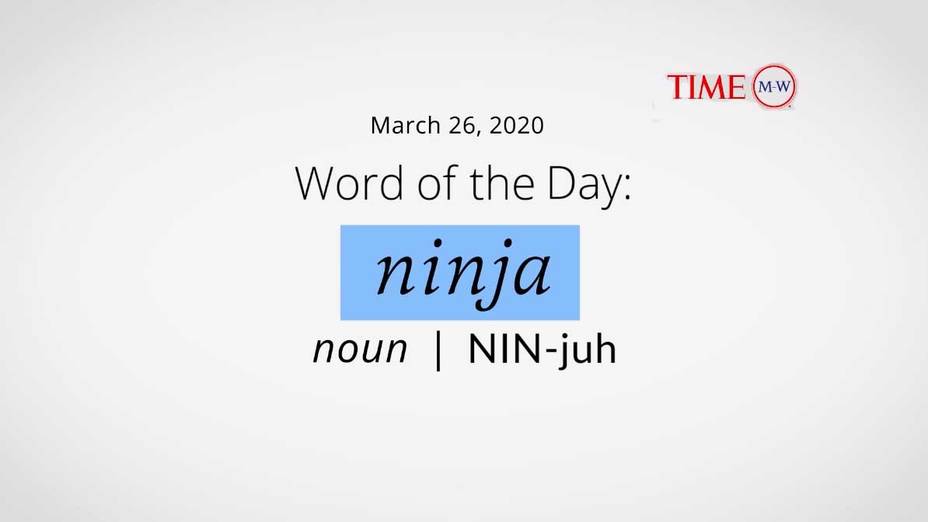