GAMES BROWSE THESAURUS WORD OF THE DAY WORDS AT PLAY SETTINGS
Word of the Day : November 21, 2019

: strength of mind that enables a person to encounter danger or bear pain or adversity with courage

Fortitude comes from the Latin word fortis, meaning "strong," and in English it has always been used primarily to describe strength of mind. For a time, the word was also used to mean "physical strength"; William Shakespeare used that sense in Henry VI, Part 1: "Coward of France! How much he wrongs his fame / Despairing of his own arm's fortitude." But despite use by the Bard, that second sense languished and is now considered obsolete.

"She showed fortitude in 2013, when the restaurant, known for its cheery pink exterior, had a major fire. The taqueria soon reopened with a new, brick exterior and the same great food, and Perez said business is better than ever." — Cassidy McDonald, The Wisconsin State Journal, 22 Sept. 2015

"… Captain Ahab stood erect, looking straight out beyond the ship's ever-pitching prow.  There was an infinity of firmest fortitude, a determinate unsurrenderable wilfulness, in the fixed and fearless, forward dedication of that glance." — Herman Melville, Moby Dick, 1851 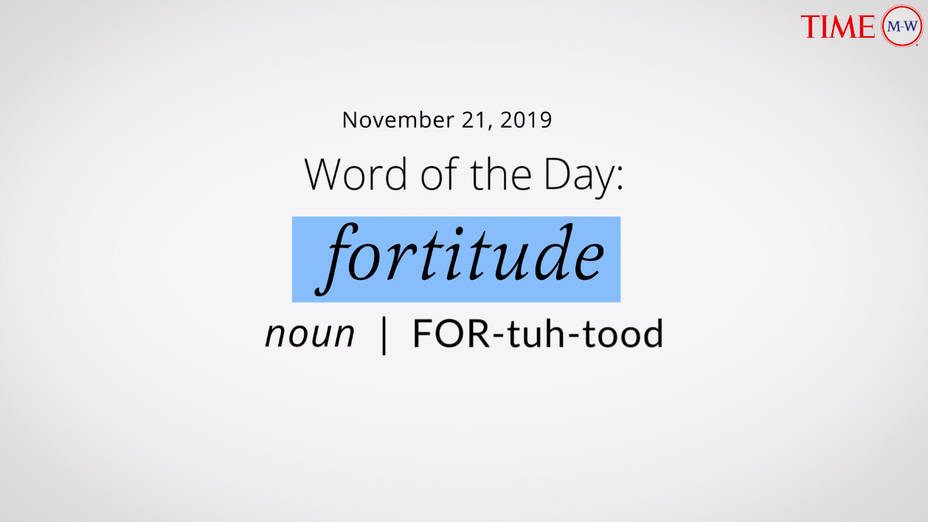