GAMES BROWSE THESAURUS WORD OF THE DAY WORDS AT PLAY SETTINGS
Word of the Day : November 22, 2019

1 : contrary to or different from an acknowledged standard, a traditional form, or an established religion : unorthodox, unconventional

It's true: individuals often see other people's ideas as unconventional while regarding their own as beyond reproach. The antonyms orthodox and heterodox developed from the same root, Greek doxa, which means "opinion." Heterodox derives from doxa plus heter-, a combining form meaning "other" or "different"; orthodox pairs doxa with orth-, meaning "correct" or "straight."

"His heterodox moves have been the ones requiring most careful explanation on social media. He bucks his party in not voting for measures he supports … because he disagrees with the underlying legislative approach." — Isaac Stanley-Becker and Felicia Sonmez, The Washington Post, 20 May 2019

"Why, you're ashamed to buy my book, ashamed to read it: the only thing you're not ashamed of is to judge me for it without having read it; and even that only means that you're ashamed to have heterodox opinions." — George Bernard Shaw, Man and Superman, 1903

In Christian religion, what does doxology refer to? 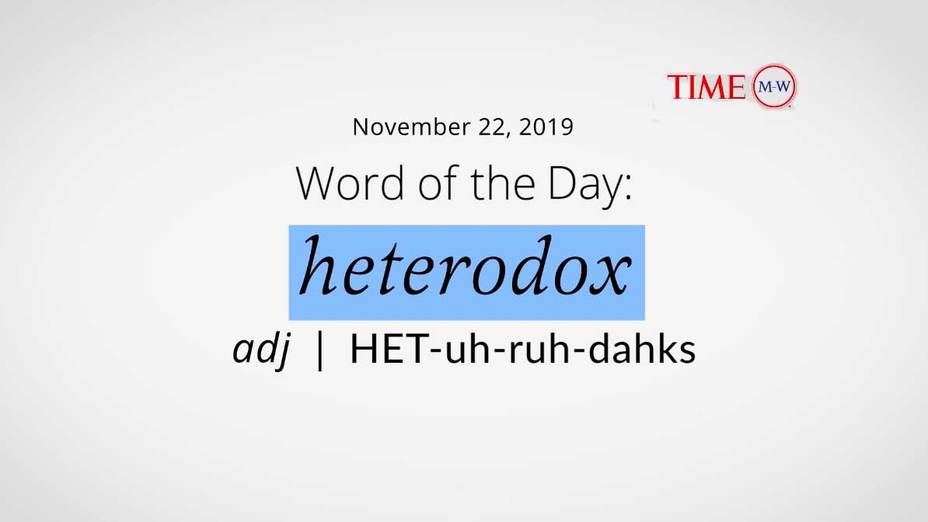 adj. - not agreeing with established beliefs