GAMES BROWSE THESAURUS WORD OF THE DAY WORDS AT PLAY SETTINGS
Word of the Day : November 20, 2019

1 : to accelerate the process or progress of : speed up

If you're really intent on expediting something, you jump in with both feet—or place a single foot where it will be most effective! And when you do, you're drawing on the etymology of expedite itself. The word comes from the Latin verb expedire ("to extricate, prepare, be useful"), a word that traces back to the root ped- or pes, meaning "foot." Expedite has been used in English since at least the 15th century.

To expedite the processing of your request, please include your account number on all documents.

"The task force stemmed from an executive order issued earlier this year by Gov. Ron DeSantis that said the state should expedite work on water quality problems across the Sunshine State over the next five years." — Chad Gillis, The News-Press (Fort Myers, Florida), 8 Oct. 2019

Unscramble the letters to create a word for the thin stem of a leaf that stems from Latin ped-, pes: EEPOITL. 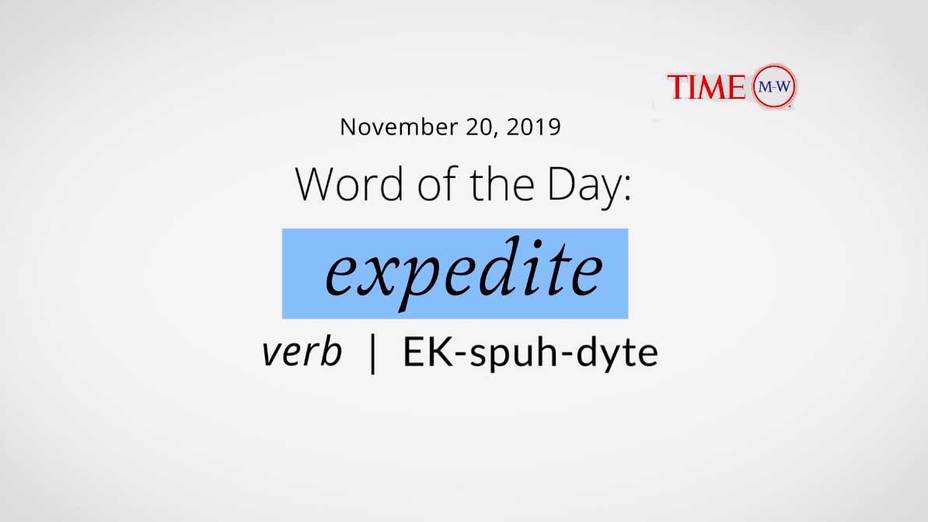 verb - to speed up the process or progress of