"In an age of extreme polarization and dearth of good will, music is a powerful force that brings people together…." — Aaron Davis, letter in Billboard.com, 26 Apr. 2019

"The dearth of taller trees to filter sunlight has also accelerated the growth of low-lying wax myrtles and palmettos…." — Elizabeth Koh, The Miami Herald, 5 June 2019 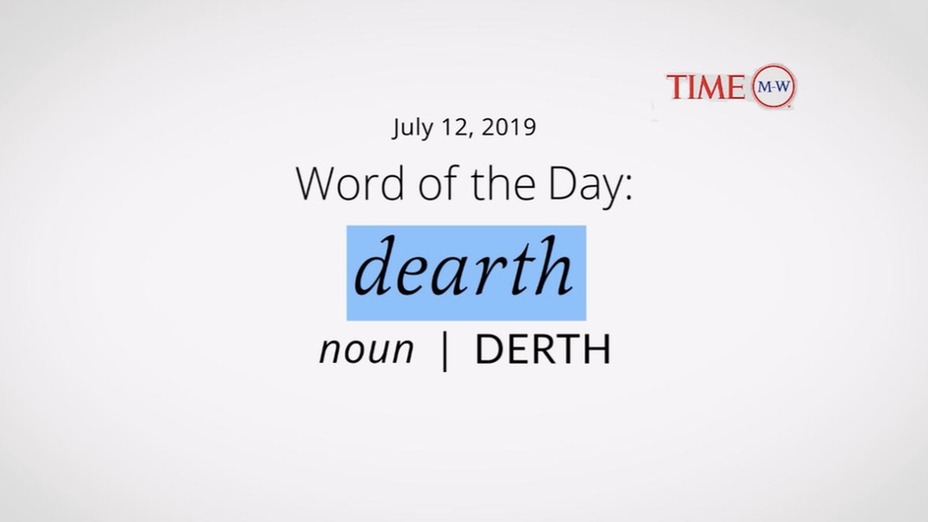