GAMES BROWSE THESAURUS WORD OF THE DAY WORDS AT PLAY SETTINGS
Word of the Day : November 6, 2019

: an inflammatory swelling or sore caused by exposure (as of the feet or hands) to cold

Given that chilblains are caused by exposure to cold conditions, it may not surprise you to know that the first element of this word comes from the noun chill. The second element, blain, may be less familiar, though the word blain ("an inflammatory swelling or sore") is still used by English speakers. Both elements of chilblain have Anglo-Saxon roots. Chill comes from Old English ciele ("frost" or "chill"), which is akin to ceald, an Old English ancestor of the modern cold. Blain comes from Old English blegen (of the same meaning as blain). These two words were first brought together (as the compound chyll blayne) in the 1500s.

"If you thought chilblains only belonged in 19th century novels, think again. They crop up in response to extreme cold…. You're more likely to get chilblains in extreme weather through sitting in an under-heated house or working in a chilly office than walking through sub-zero temperatures outside." — JR Thorpe, Bustle, 7 Feb. 2019

"Mrs. Goddard's school was in high repute…; she had an ample house and garden, gave the children plenty of wholesome food, let them run about a great deal in the summer, and in winter dressed their chilblains with her own hands." — Jane Austen, Emma, 1815

Fill in the blanks to complete a word for the reversible freezing of skin that is usually marked by numbness and whiteness: f _ _ s _ n _ _. 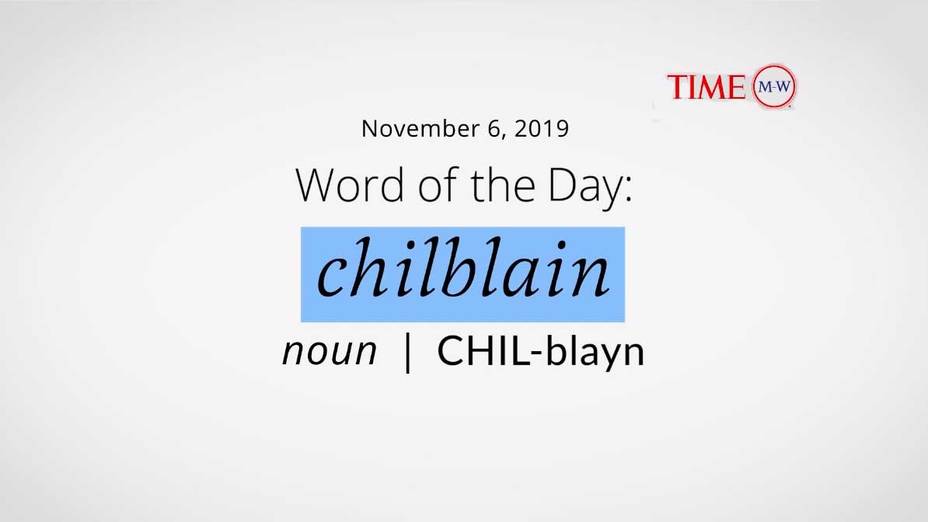 noun - a swelling from exposure to the cold