1 : to become infested with erosive or spreading sores

2 : to corrupt the spirit of

Canker is commonly known as the name for a type of spreading sore that eats into the tissue—a use that obviously furnished the verb with both its medical and figurative senses. The word ultimately traces back to Latin cancer, which can refer to a crab or a malignant tumor. The Greeks have a similar word, karkinos, and according to the ancient Greek physician Galen, the tumor got its name from the way the swollen veins surrounding the affected part resembled a crab's limbs. Cancer was adopted into Old English, becoming canker in Middle English and eventually shifting in meaning to become a general term for ulcerations. Cancer itself was reintroduced to English later, first as a zodiacal word and then as a medical term.

"Nevertheless, the self-absorption into which the lovers fall and the death and transfiguration with which the action ends have often been thought of as symptoms of a disease that cankers the human condition." — Simon Williams, Wagner and the Romantic Hero, 2004

"They want to talk. They want to get it off their chest. Some people have been holding onto these things for years, just cankering their soul, but they don't know where to say it." — Shannon Hale, quoted in The Deseret News, 12 Mar. 2018

Unscramble the letters to create the technical name for the type of animal that a crab is: NCARUECAST. 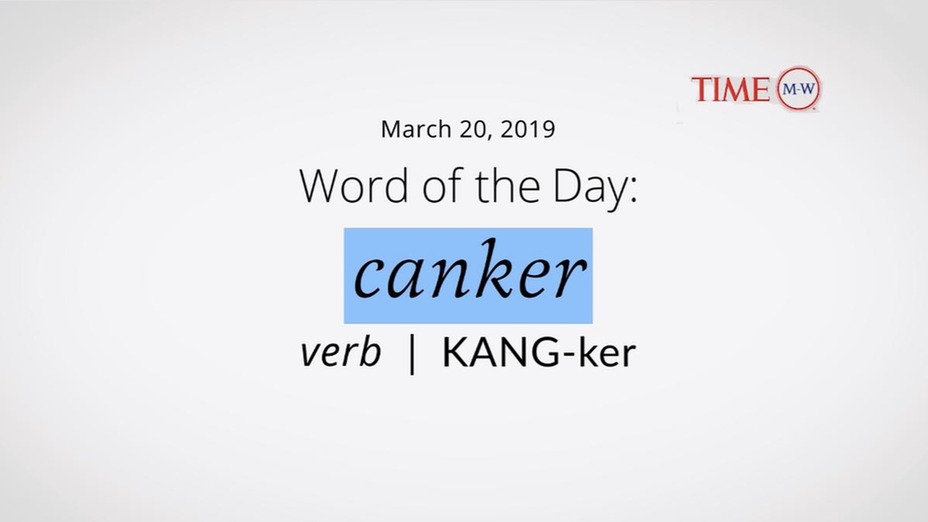 verb - to corrupt or become corrupted