: a flaw in character that brings about the downfall of the hero of a tragedy : tragic flaw

Hamartia arose from the Greek verb hamartanein, meaning "to miss the mark" or "to err." Aristotle introduced the term in the Poetics to describe the error of judgment which ultimately brings about the tragic hero's downfall. As you can imagine, the word is most often found in literary criticism. However, media writers occasionally employ the word when discussing the unexplainable misfortune or missteps of celebrities regarded as immortal gods and goddesses before being felled by their own shortcomings. For example, a writer for The New Republic in an April 2018 review of Chappaquiddick (a movie about U.S. Senator Ted Kennedy) comments that "Kennedy's ruthlessness and ambition, which are treated as the family's hamartia in Chappaquiddick, are swept under the rug of his compassion."

Greed was the hamartia that ultimately brought down the protagonist.

"Characters in Greek tragedies usually had a hamartia, or fatal flaw. Hubris, pride, presumption and arrogance were some of the chief character traits that brought down peasants and emperors alike." — Christine Barnes, The Tallahassee (Florida) Democrat, 6 May 2010

What is the meaning of bildungsroman? 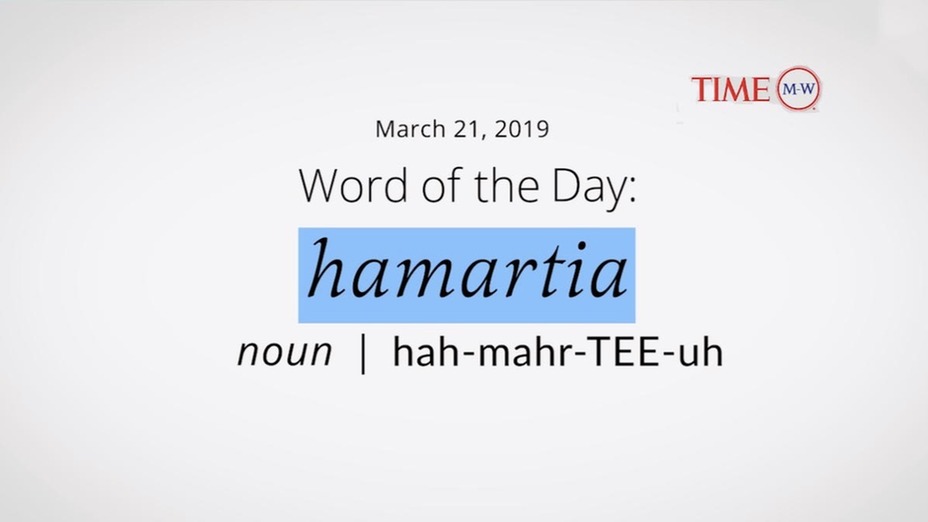 noun - a flaw that causes the downfall of a hero