GAMES BROWSE THESAURUS WORD OF THE DAY WORDS AT PLAY SETTINGS
Word of the Day : December 12, 2019

In the years before World War I, France experienced a period of economic growth that produced a wealth of artistic and cultural developments. That era has been described as excessive, glittering, gaudy, and extravagant, but the tumultuous days of war that followed it inspired the French to call that productive period la belle époque—literally, "the beautiful age." The term belle epoque soon found its way into English, where it came to be used to refer not only to the glory days of late 19th-century France, but to any similarly luxurious period. It is now used to more elegantly convey the sentiments of another nostalgic expression, "the good old days."

"Lest he become pigeonholed in the Belle Époque, [Jason] Jacques expanded his program in 2010 to include contemporary artists pushing the boundaries of clay. 'Siegfried Bing, the Art Nouveau gallerist in turn-of-the-century Paris, was selling contemporary decorative arts,' he explains. 'So I thought, Let's show living artists.' British ceramist Gareth Mason, who fires arresting forms over and over to near destruction, was the first to join the roster." — Hannah Martin, Architectural Digest, 24 Dec. 2018

"Then comes the most elegant of Paris bridges: the Pont Alexandre III, a belle epoque confection linking the Invalides to the Champs-Élysées. Built for the Paris Exposition Universelle of 1900, it was named in honor of the father of the visiting Russian czar, Nicholas II." — Elaine Sciolino, The New York Times, 4 Nov. 2019 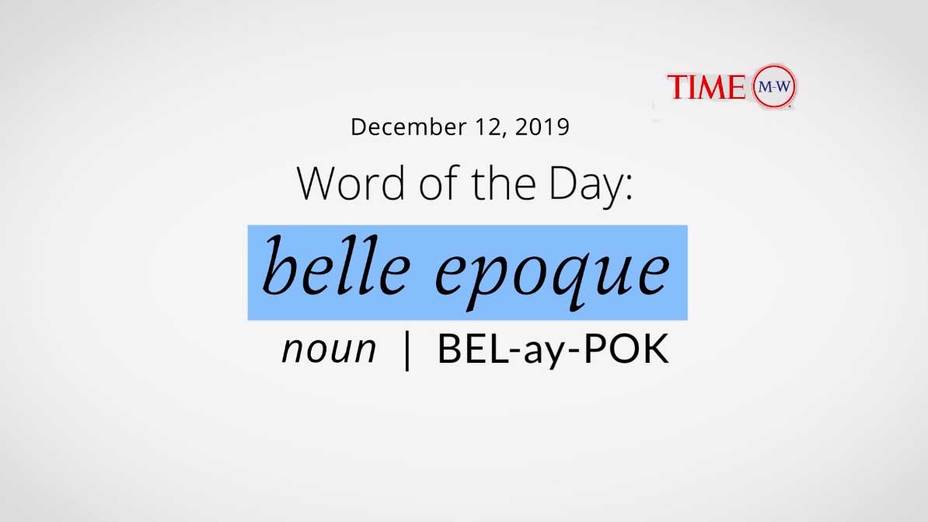