GAMES BROWSE THESAURUS WORD OF THE DAY WORDS AT PLAY SETTINGS
Word of the Day : December 11, 2019

1 a : dull or expressionless especially from continued indulgence in alcoholic beverages

2 a : heavy with or as if with moisture or water

b : heavy or doughy because of imperfect cooking

Nowadays, seethed is the past tense and past participle form of the verb seethe (which originally meant "to boil or stew"). Originally, however, seethe could also be conjugated in the past tense as sod and in the past participle as sodden. By the 14th century, sodden had become an independent adjective synonymous with boiled. And, by the 16th century, it had taken on the figurative sense used to describe someone who appears dull, expressionless, or stupid, particularly as a result of heavy drinking. Today, sodden is commonly used as a synonym of soaked or saturated. Seethe followed a different figurative path: while one who is sodden may appear dull, torpid, or sluggish, one who is seething is highly agitated, like a pot of boiling water.

"… with these apt closing words Mr. Slyme fell forward with his head upon the table, and so declined into a sodden sleep." — Charles Dickens, Martin Chuzzlewit, 1844

What synonym of sodden meaning "sluggish" is also part of a synonymous term for noble gas? 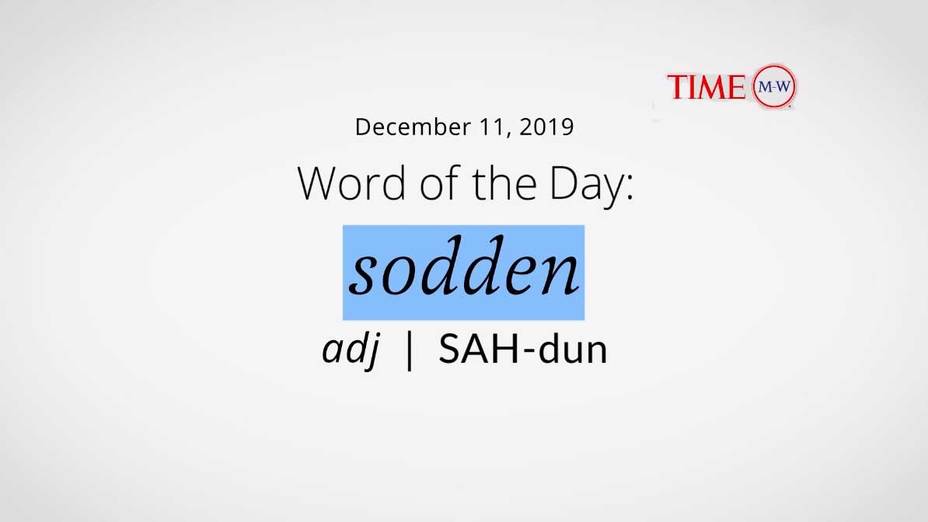 adj. - heavy with or as if with moisture