GAMES BROWSE THESAURUS WORD OF THE DAY WORDS AT PLAY SETTINGS
Word of the Day : March 18, 2020

: to make briefer; especially : to reduce (a word or name) to a shorter form intended to stand for the whole

Abbreviate and abridge both mean "to make shorter," so it probably will come as no surprise that both derive from Latin brevis, meaning "short." Abbreviate first appeared in print in English in the 15th century and derives from abbreviātus, the past participle of Late Latin abbreviāre, which in turn can be traced back to brevis. Abridge, which appeared a century earlier, also comes from abbreviāre but took a side trip through the Anglo-French abreger before arriving in Middle English as abreggen. Brevis is also the ancestor of English brief itself, as well as brevity and breviary ("a prayer book" or "a brief summary"), among other words.

Due to time constraints, the last speaker at the ceremony had to abbreviate her speech.

"New Mexico's legislative sessions are abbreviated from 60 to 30 days in even years and limited in the scope of what can be considered." — Patrick Kulp, Adweek.com, 9 Jan. 2020

What is the term for the loss of one or more letters in the interior of a word, as in the spelling fo'c'sle for forecastle? 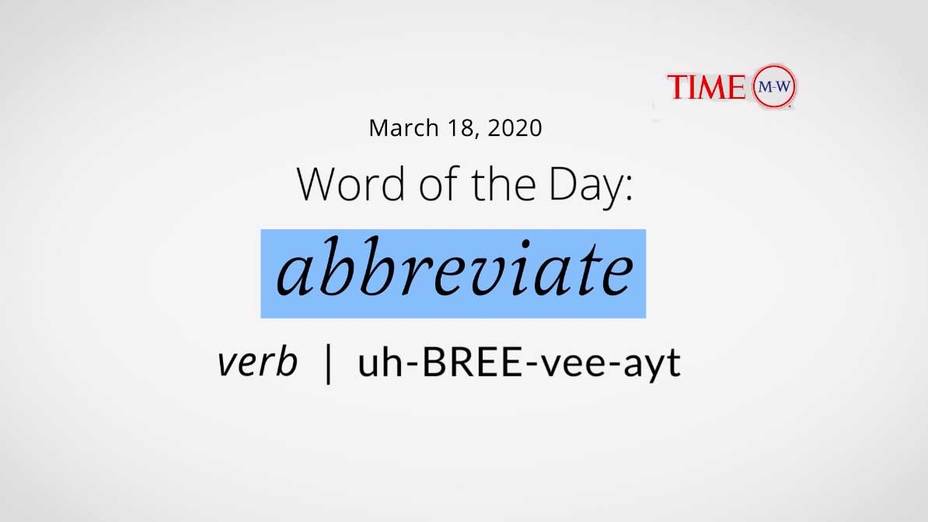