How is the word broach distinct from other similar verbs?

Some common synonyms of broach are air, express, utter, vent, and voice. While all these words mean "to make known what one thinks or feels," broach adds the implication of disclosing for the first time something long thought over or reserved for a suitable occasion.

broached the subject of a divorce

When might air be a better fit than broach?

Although the words air and broach have much in common, air implies an exposing or parading of one's views often in order to gain relief or sympathy or attention.

When could express be used to replace broach?

The words express and broach can be used in similar contexts, but express suggests an impulse to reveal in words, gestures, actions, or what one creates or produces.

expressed her feelings in music

When can utter be used instead of broach?

In some situations, the words utter and broach are roughly equivalent. However, utter implies the use of the voice not necessarily in articulate speech.

When would vent be a good substitute for broach?

The synonyms vent and broach are sometimes interchangeable, but vent stresses a strong inner compulsion to express especially in words.

a tirade venting his frustration

When is it sensible to use voice instead of broach?

While in some cases nearly identical to broach, voice does not necessarily imply vocal utterance but does imply expression or formulation in words.

an editorial voicing their concerns 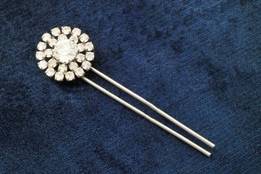 On 'Brooch' and 'Broach'

One you wear, and, sorry, the other you can wear too

More from Merriam-Webster on broach