From the blood sport of politics. 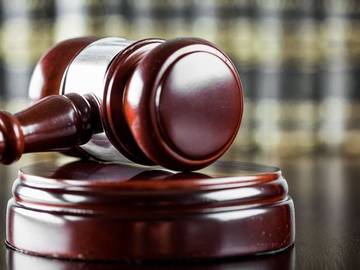 The literal Latin meaning of 'collusion' is “playing together.”

Indictment is the legal term meaning “the act of officially charging someone with a crime.” The verb indict means “to formally decide that someone should be put on trial for a crime.” Indictment also has a more specific meaning, referring to a legal document:

: a formal written statement framed by a prosecuting authority and found by a jury (such as a grand jury) charging a person with an offense

The New York Times quoted the text of that document in this case:

“Manafort used his hidden overseas wealth to enjoy a lavish lifestyle in the United States without paying taxes on that income,” the indictment reads.

Indict (and indictment), like many legal terms in English, comes from Latin through the French spoken in Britain by the Norman conquerors who ruled and set down the laws during the Middle Ages. The French word enditer (“to write,” “to compose”) became indite in English, and was spelled in various ways that showed similar pronunciation:

…some good parte of his indightment was red, to the end he should heede it the lesse, and so the lesse reply against it.
— Martin Aray, The Discouerie and Confutation of a Tragical Fiction, 1599

When? when not? euery occasion shall be a bill of enditement against thee.
— Thomas Adams, The Happines of the Church, 1619

Sir Griffin Markham confessed that he intended forreign Invasion and Alteration of Religion, but not to destroy the King, as was in the Inditement.
— An Account of the Several Plots, Conspiracies, and Hellish Attempts of the Bloody-minded Papists against the Princes and Kingdoms of England, Scotland, and Ireland, 1679

During the Renaissance, scholars recognized that the ultimate Latin root for this word was indicere, from dicere which means “to say” (think of the English word dictate as a close relative). They decided to change the spelling to indict to better reflect the classical etymology of the word, but the pronunciation remained unchanged, based on the earlier spellings. In addition to making indict hard to spell today, this caused a split that left the word indite as an English word with some rare and obsolete meanings.

Since one of the underlying questions being investigated by the Mueller probe is that of coordination with Russia during the 2016 election, collusion, meaning “secret agreement or cooperation especially for an illegal or deceitful purpose” also saw a spike, rising 800% from this story. Collusion is another Latin-based legal term, from colludere, formed from com- (“with,” “together”) and ludere (“to play”): the literal meaning of collusion is “playing together.”