1
: a social system based on the assumption by a political state of primary responsibility for the individual and social welfare of its citizens
2
: a nation or state characterized by the operation of the welfare state system

supporters of the welfare state
Recent Examples on the Web The Czechs wanted a more laissez-faire economy, and the Slovaks wanted more of a welfare state. —

Kurt Andersen, The New Republic, 1 Dec. 2022 The Internal Revenue Service is now another turnstile of the welfare state. —

The Editorial Board, WSJ, 28 Nov. 2022 Many Republican lawmakers elected in 2010 now support a bigger welfare state and more government intervention in the private economy and are increasingly hostile to free trade. —

Allysia Finley, WSJ, 16 Dec. 2022 But historically the idea gained little traction in the United States, where faith in upward mobility held greater sway and racial divisions slowed the growth of the welfare state. —

Jason Deparle, BostonGlobe.com, 25 Nov. 2022 But historically the idea gained little traction in the United States, where faith in upward mobility held greater sway and racial divisions slowed the growth of the welfare state. —

Jason Deparle, New York Times, 25 Nov. 2022 Begun earlier this year with a wave of publicity, Compact brings together anti-liberals from the left and the right who favor a strong welfare state and anti-imperialism. —

Jordan Michael Smith, The New Republic, 17 Oct. 2022 One canard about immigrants is that many come for the comforts of the welfare state. —

The Editorial Board, WSJ, 13 Oct. 2022 Reagan decried a bloated welfare state, a militant tax-and-spending regime in Washington, and the blatant bribing of Americans with their own tax dollars for their votes. —

These example sentences are selected automatically from various online news sources to reflect current usage of the word 'welfare state.' Views expressed in the examples do not represent the opinion of Merriam-Webster or its editors. Send us feedback. 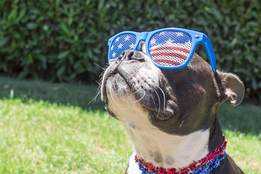 noun
: a social system in which the government takes on much of the responsibility for the individual and group welfare of its people

More from Merriam-Webster on welfare state

Thesaurus: All synonyms and antonyms for welfare state