: a state of commotion, excitement, or violent disturbance

Jon Blistein, Rolling Stone, 22 Nov. 2022 The global uproar if Kane or Neuer or one of the other captains did miss a knockout game and their team lost would be catastrophic for FIFA.

Nancy Armour, USA TODAY, 21 Nov. 2022 The rapid moves Tuesday in the Berkeley County district, the fourth largest in the state, showed the impact of Moms for Liberty’s focus on electing conservative school board members, and prompted uproar among some community members in attendance.

Tyler Kingkade, NBC News, 17 Nov. 2022 The uproar from one of pop music's most rabidly dedicated fandoms over the ticket distribution giant's choppy rollout for Swift's upcoming tour has led lawmakers from the House and Senate to chime in.

Rafi Schwartz, The Week, 16 Nov. 2022 The uproar on the far right in both countries over Mediterranean Sea migrants stands in sharp contrast to the countries’ welcome of millions of Ukrainians who have fled after the Russian invasion.

Barbara Surk And Nicole Winfield, BostonGlobe.com, 11 Nov. 2022 The uproar prompted an official response from the Russian Defense Ministry, which disputed the scale of the losses claimed by front-line soldiers.

Andrew Jeong, Washington Post, 8 Nov. 2022 The uproar goes to show how some issues, like gas prices, dominate the conversation about the state of the economy more than others such as GDP rise or wage increases, contributing to a pessimistic view of the economy.

Quartz, 4 Nov. 2022 The uproar comes as a Ukrainian counteroffensive picks up speed in the south, after its forces regained towns in the north and east occupied by Russia.

These example sentences are selected automatically from various online news sources to reflect current usage of the word 'uproar.' Views expressed in the examples do not represent the opinion of Merriam-Webster or its editors. Send us feedback. 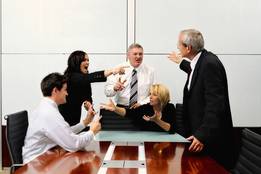 A Calm, Collected History of 'Uproar'

-ˌrȯ(ə)r
: a state of commotion, excitement, or violent disturbance

More from Merriam-Webster on uproar