plural turkeys
1
plural also turkey : a large North American gallinaceous bird (Meleagris gallopavo) that is domesticated in most parts of the world
2
: failure, flop
especially : a theatrical production that has failed
3
: three successive strikes in bowling
4
: a stupid, foolish, or inept person

Note: Turkey was formerly the center of an empire whose capital was Constantinople. Since 1923 it has been a republic.

Noun He was acting like a complete turkey. only a turkey would think it's a good idea to go for a jog when the weather drops below zero
Recent Examples on the Web
Noun
For her Thanksgiving turkey, Asra Nomani uses spices common in her native India such as turmeric and paprika.

Mike Sutter, San Antonio Express-News, 10 Nov. 2022 That’s down from the 29% of shoppers in 2021 who planned to buy their turkey only a few days before Thanksgiving.

Megan Leonhardt, Fortune, 7 Nov. 2022 Or for a more turkey-adjacent experience, Del Coro suggests poussin, a young chicken that weighs about 1 to 1½ pounds and is popular in Britain.

Casey Barber, CNN, 6 Nov. 2022 Your Thanksgiving turkey is going to be a lot pricier this year.

Joel Mathis, The Week, 27 Oct. 2022 Iowa alone, one of the top turkey-producing states, has lost more than 13 million birds to the avian flu.

Amanda Pérez Pintado, USA TODAY, 24 Oct. 2022 If using an outdoor fryer, take this time to set your turkey up on the frying accessory.

Nicole Papantoniou, Good Housekeeping, 24 Oct. 2022 Imagine turkey and all the fixings in the Pilgrims’ motherland.

These example sentences are selected automatically from various online news sources to reflect current usage of the word 'turkey.' Views expressed in the examples do not represent the opinion of Merriam-Webster or its editors. Send us feedback.

Turkey, country in western Asia and southeastern Europe; from confusion with the guinea fowl, supposed to be imported from Turkish territory 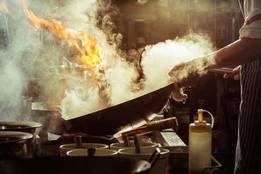 This is not the vegetarian menu. 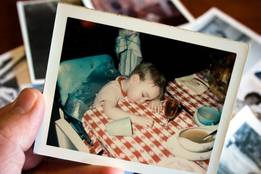 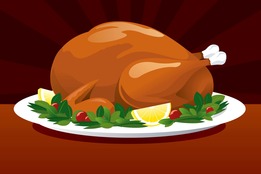 How the Turkey Got Its Name

plural turkeys
1
plural also turkey : a large North American bird that is related to the domestic chicken and is domesticated in most parts of the world
2
: something that is a failure
the new play was a turkey
3
: a stupid or foolish person

More from Merriam-Webster on turkey