: a dwarf or giant in Scandinavian folklore inhabiting caves or hills

Definition of troll (Entry 2 of 3)

1a : to fish for by trolling
b : to fish by trolling in troll lakes
c : to pull through the water in trolling troll a lure
d : to search in or at trolls flea markets for bargains also : prowl troll nightclubs
2a : to antagonize (others) online by deliberately posting inflammatory, irrelevant, or offensive comments or other disruptive content … trolls engage in the most outrageous and offensive behaviors possible—all the better to troll you with.— Whitney Phillips
b : to act as a troll (see troll entry 3 sense 2) on (a forum, site, etc.) … is also notorious, for trolling message boards on the Internet, posting offensive material he himself has written and then suing anyone who responds in agreement.— Mark Hemingway
c : to harass, criticize, or antagonize (someone) especially by provocatively disparaging or mocking public statements, postings, or acts The switch came after the Chargers became the butt of jokes, memes and derision on social media. The NFL tweeted the initial logo Thursday, but later deleted it as the Chargers even got trolled by other pro and college sports teams over the logo that looked like a cross between baseball's Dodgers and hockey's Lightning.— Arnie Stapleton But [Niki] Caro told The Los Angeles Times this week that there might be music after all. Caro said she got trolled by fans because of the rumor of a lack of music.— Herb Scribner The club has been trolled in a brutal (and somewhat brilliant) manner—by having a giant poster of Tevez scoring his last-day winner plastered outside their Bramall Lane ground.— Will Magee
3 : to cause to move round and round : roll
4a : to sing the parts of (something, such as a round or catch) in succession
b : to sing loudly
c : to celebrate in song

1a : to fish by trailing a lure or baited hook from a moving boat
b : search, look trolling for sponsors also : prowl
2 : to move around : ramble
3 : to sing or play in a jovial manner
4 : to speak rapidly

Definition of troll (Entry 3 of 3)

1 : a lure or a line with its lure and hook used in trolling
2 : a person who intentionally antagonizes others online by posting inflammatory, irrelevant, or offensive comments or other disruptive content Internet trolls In the late 1980s, Internet users adopted the word "troll" to denote someone who intentionally disrupts online communities.— Mattathias Schwartz
Other Words from troll Synonyms More Example Sentences Learn More about troll

Other Words from troll

Examples of troll in a Sentence

Verb They were trolling the ocean floor. She loves to troll flea markets looking for bargains.

First Known Use of troll

1616, in the meaning defined above

15th century, in the meaning defined at transitive sense 3

History and Etymology for troll

Note: Probably ultimately a sound-symbolic verb whose divergent meanings are difficult to reconcile historically, suggesting multiple creations or sources. The earliest meaning was "to roll" in various contexts; perhaps derived from this was "to sing in the manner of a round or catch." The sense "to roam" is possibly attested in the Piers Plowman B text ("And thus hath he [Jesus] trolled forth : this two & thretty wynter"), though the interpretation is uncertain and comparable instances are only known centuries later. This use has conventionally been linked with Middle French treler, traler, treiller "(of hunting dogs) look for prey without a trail or the use of a scent hound," and 16th-century troller "to wander from place to place (originally of a dog)." The sense "to fish by trailing a lure or bait from a moving boat," if not of independent origin, may have been influenced by trail entry 1 and trawl entry 1; also perhaps of relevance is French treuil "winch," though most early uses of troll in this sense do not employ a comparable noun in the meaning "winch" or "reel" (see, for example, Robert Nobbes, The Compleat Troller, or the Art of Trolling, London, 1682). Sense 2, attested from the early 1990's, is probably in part from the fishing sense, in part a derivative of troll entry 3.

earlier, "the act of trolling" (in various senses), derivative of troll entry 1; sense 2 in part by association with troll entry 1

The first known use of troll was in the 15th century 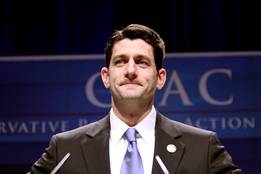 Welcome to the New Words

Welcome to the New Words

: a dwarf or giant of folklore living in caves or hills

Kids Definition of troll (Entry 2 of 3)

1 : to sing the parts of (a song) in succession
2 : to fish with a hook and line pulled along through the water

Kids Definition of troll (Entry 3 of 3)

: a lure or a line with its lure and hook drawn through the water in fishing

More from Merriam-Webster on troll

Thesaurus: All synonyms and antonyms for troll

What made you want to look up troll? Please tell us where you read or heard it (including the quote, if possible).