: the systematic use of terror especially as a means of coercion

They have been arrested for acts of terrorism.
Recent Examples on the Web That is not because the threat of terrorism disappeared.

Marc Santora, BostonGlobe.com, 24 Nov. 2022 The European Parliament on Wednesday overwhelmingly backed a resolution labeling Russia a state sponsor of terrorism for its invasion of and actions in Ukraine.

Thomas Gibbons-neff, New York Times, 23 Nov. 2022 Roggio pointed out that despite the spreading threat, the U.S. and other Western governments have shown little appetite for an offensive campaign against terrorism.

Michael Lee, Fox News, 11 Sep. 2022 Tech has made this type of surveillance expand to previously unimaginable levels, all framed as a state’s defense against domestic terrorism.

Reina Sultan, Essence, 11 Sep. 2022 In remarks 11 month ago, Biden had said the U.S. would keep up the fight against terrorism in Afghanistan and other countries, despite pulling out troops.

These example sentences are selected automatically from various online news sources to reflect current usage of the word 'terrorism.' Views expressed in the examples do not represent the opinion of Merriam-Webster or its editors. Send us feedback.

1795, in the meaning defined above 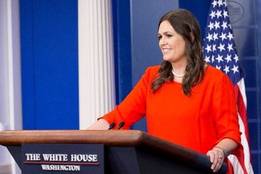 Trending: Sanders: Bombings Have No...

The History of the Word 'Terrorism'

: the use of terror as a means of achieving a goal
terrorist
-ər-əst

1
: the unlawful use or threat of violence especially against the state or the public as a politically motivated means of attack or coercion
2
: violent and intimidating gang activity
street terrorism
terrorist
-ist

More from Merriam-Webster on terrorism

Thesaurus: All synonyms and antonyms for terrorism