slang, often disparaging
: an extremely or excessively enthusiastic and devoted fan On the drama side, Game of Thrones returns after its own year off, but for an abbreviated season that even the most die-hard Westeros stans seemed lukewarm about.— Alan Sepinwall In a 2007 interview, J. K. Rowling opened up about Albus Dumbledore's sexuality and confirmed that the Hogwarts patriarch is, in fact, gay. The revelation has been a subject of fodder among Potter stans for years.— Christopher Rosa

slang, often disparaging
: to exhibit fandom to an extreme or excessive degree : to be an extremely devoted and enthusiastic fan of someone or something I stanned pretty hard for Christina [Aguilera] as a teen; I remember begging my mom for tickets to the Justified/Stripped tour, and even from our nosebleed seats, Christina's voice was stunning.— Alexandra Fiber Pop fandom has historically been embodied by the screaming white girl. But the rise of queer men "stanning" for pop divas signals the growing power of fan perspectives outside the straight white norm.— Pier Dominguez … she has even admitted that she stanned her beau's music before they were romantically linked. — Hollywoodland

First Known Use of stan

2000, in the meaning defined above

History and Etymology for stan

from Stan, name of such a fan in the song "Stan" (2000) by the American rap artist Eminem (Marshall Bruce Mathers III)

We Added New Words to the Dictionary in April 2019 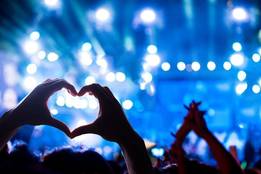