1
a
: any of various ancient units of weight
especially : a Hebrew unit equal to about 252 grains troy
b
: a unit of value based on a shekel weight of gold or silver
2
: a coin weighing one shekel
3
shekels plural, informal : money
… making boxing history in the ring in New York, Chicago and wherever else fans … were willing to unburden themselves of substantial sums of shekels for the pleasure of seeing two guys vent their nastiness on each other.—

Recent Examples on the Web One wonders why the contribution was a half shekel and not a whole. —

Rabbi Avi Weiss, sun-sentinel.com, 14 Feb. 2022 In fact, everyone contributed the same amount: a half shekel, no more, no less. —

Rabbi Avi Weiss, sun-sentinel.com, 14 Feb. 2022 Once approved, more international investors will have the opportunity to benefit from the strong Israeli shekel as well as the dynamic and diverse tech industry. —

Carrie Rubinstein, Forbes, 25 Jan. 2022 The city received a cost of living score of 106, due in large part to the strength of the Israeli shekel against the U.S. dollar. —

Camille Squires, Quartz, 2 Dec. 2021 Much of this is thanks to the appreciation of Israel’s currency, the shekel. —

Camille Squires, Quartz, 2 Dec. 2021 The soaring shekel and price increases for goods including groceries and transport were the main factors in Tel Aviv taking the top spot, according to the EIU. —

Alex Millson, Fortune, 1 Dec. 2021 Part of the reason for Tel Aviv’s rise to the top was the strength of its currency, the shekel, when translated into dollars, the report said. —

These example sentences are selected automatically from various online news sources to reflect current usage of the word 'shekel.' Views expressed in the examples do not represent the opinion of Merriam-Webster or its editors. Send us feedback. 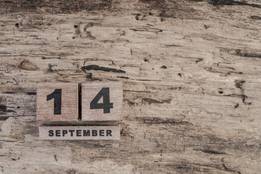 The words that defined the week of September 14th, 2018

1
: an ancient unit of weight or value
especially : a Hebrew unit equal to about 252 grains troy (about 16.3 grams)
2
: a coin weighing one shekel
3
: the basic unit of money of Israel

More from Merriam-Webster on shekel