1
a
: any of a genus (Rheum) of Asian plants of the buckwheat family having large leaves with thick petioles often used as food
also : the petioles of rhubarb
b
: the tart, succulent, usually pink or red petioles of rhubarb used especially in pies and preserves
2
: the dried rhizome and roots of any of various rhubarbs (such as Rheum officinale and R. palmatum) grown chiefly in temperate parts of China and used in folk medicine especially as a laxative, diuretic, and ulcer treatment
3
: a heated dispute or controversy

The coach got into a rhubarb with the umpire. a basketball coach whose ranting rhubarbs with officials are the stuff of legend
Recent Examples on the Web Pink Rhubarb Lemonade Make the most of your Farmers' market haul by turning in-season rhubarb into one lip-smacking sipper!

BostonGlobe.com, 7 June 2022 Oh, and don’t forget the rhubarb which may actually be past its prime.

Felicity Carter, Forbes, 3 July 2022 Add the rhubarb and its juices to the pan, then pour in 3 Tbsp.

Christian Reynoso, Bon Appétit, 26 May 2022 Here a person might find the Kurdish alchemilla, the Syrian rhubarb and the Iranian onion sharing a single clearing.

New York Times, 20 Apr. 2022 This cake looks like a traditional birthday cake on the outside, but keeps things interesting with a strawberry-rhubarb filling.

These example sentences are selected automatically from various online news sources to reflect current usage of the word 'rhubarb.' Views expressed in the examples do not represent the opinion of Merriam-Webster or its editors. Send us feedback. 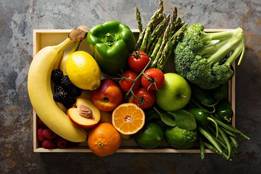 1
: a plant related to buckwheat and having large green leaves with thick juicy pink or red stems that are used for food
2
: a heated dispute or argument

1
: any of several plants of the genus Rheum having large leaves with thick succulent petioles often used as food
2
: the dried rhizome and roots of any of several rhubarbs (especially Rheum officinale and R. palmatum) grown in China and Tibet and used as a purgative and stomachic

More from Merriam-Webster on rhubarb