: to show devoted deferential honor to : regard as worthy of great honor
revere the aged
revere tradition

Choose the Right Synonym for revere

a professor revered by her students

reverenced the academy's code of honor

venerate implies a holding as holy or sacrosanct because of character, association, or age.

adore implies love and stresses the notion of an individual and personal attachment.

we adored our doctor

Verb The family reveres old traditions. in some cultures people revere their ancestors, even leaving food offerings for them
Recent Examples on the Web
Verb
Democratic politicians, along with independents and Republicans who likewise revere democracy, are justifiably savoring 2022 midterm voters’ historic affirmation of the core principle of government by representatives elected by popular majorities. —

Simon Lazarus, The New Republic, 24 Nov. 2022 This is a book for those who still revere Hollywood’s past, and that’s fine by this film historian. —

Carl Engelking, Discover Magazine, 16 Apr. 2014 In the same way, the musicians revere her despite a manner that often swings more autocratic than the orchestra’s democratic principles. —

David Rooney, The Hollywood Reporter, 1 Sep. 2022 But using opt-out to preserve a child’s rosy view of our democracy won’t mean much if there isn’t a democracy left to revere at all. —

Daniel Silver, Time, 4 Nov. 2022 One of the points of continuing to revere the ancient gods in a censorious, monotheistic age was to permit people to see (and write poems about) what was otherwise forbidden. —

Washington Post, 26 Oct. 2022 Even the harshest of critics -- the car aficionados who revere Italian and German supercar performance -- will be impressed with this Z06, Juechter said. —

Morgan Korn, ABC News, 3 Oct. 2022 Both are products of the Curtis Institute of Music in Philadelphia and revere tradition. —

Mark Swed, Los Angeles Times, 8 Apr. 2022
Noun
The climb is steep and my pace is slow, but Peter and Alais, a ranger who accompanies us, talk about Maasai life and point out pretty but poisonous berries, shy blue monkeys, and the strangler fig trees that the Maasai revere. —

Saumya Ancheri, Condé Nast Traveler, 4 Apr. 2022 While Pollock is among the artists the Gutai revere, Steir takes their agenda a step further, leaving more space for the paint itself to surface. —

These example sentences are selected automatically from various online news sources to reflect current usage of the word 'revere.' Views expressed in the examples do not represent the opinion of Merriam-Webster or its editors. Send us feedback.

1615, in the meaning defined above 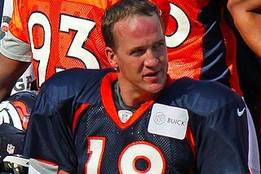 Peyton Manning announced his retirement—and his love for football

verb
re·​vere
ri-ˈvi(ə)r
revered; revering
: to show devotion and honor to : think of with reverence

city in eastern Massachusetts on an inlet of the Atlantic just north of the northeasternmost part of Boston population 51,755

More from Merriam-Webster on revere