Is the United States a democracy or a republic?

One of the most commonly encountered questions about the word democracy has nothing to do with its spelling or pronunciation, and isn’t even directly related to the meaning of the word itself. That question is “is the United States a democracy or a republic?” The answer to this, as with so many other questions about meaning, may be phrased as some form of “it depends.”

Some people assert that a country calling itself a democracy must be engaged in direct (or pure) democracy, in which the people of a state or region vote directly for policies, rather than elect representatives who make choices on their behalf. People who follow this line of reasoning hold that the United States is more properly described as a republic, using the following definition of that word: "a government in which supreme power resides in a body of citizens entitled to vote and is exercised by elected officers and representatives responsible to them and governing according to law."

However, both democracy and republic have more than a single meaning, and one of the definitions we provide for democracy closely resembles the definition of republic given above: "a government in which the supreme power is vested in the people and exercised by them directly or indirectly through a system of representation usually involving periodically held free elections."

So if someone asks you if the United States is a democracy or a republic, you may safely answer the question with either “both” or “it depends.”

Examples of republic in a Sentence

when asked by a passerby what sort of government the constitutional convention had formulated for the new nation, Benjamin Franklin memorably replied, “A republic, if you can keep it”
Recent Examples on the Web The Independent has reported that the Jamaican government has already begun the process of transitioning the island nation - the largest English speaking country in the Caribbean - to a republic. — Cecilia Rodriguez, Forbes, 25 Mar. 2022 Jamaica will mark 60 years of independence from Britain in August this year but there are some in the country who are hoping to seize on the moment to transition to a republic. — Lauren Said-moorhouse And Max Foster, CNN, 23 Mar. 2022 Moscow argues that the West is causing damage to the ex-Soviet republic by trying to integrate the country into its alliances. — James Marson, WSJ, 13 Feb. 2022 Moore joined many fellow Democrats in calling Trump a danger to the republic, even in his final days in office. — Craig Gilbert, Milwaukee Journal Sentinel, 6 Jan. 2022 Opinion surveys show that Americans are divided over whether the attack was a serious threat to the republic. — NBC news, 4 Jan. 2022 Barbados has been independent from the United Kingdom since 1966 but moved its government system to a republic, swearing in the country's first president Sandra Mason Tuesday to celebrate the 55th Independence Day. — Elise Brisco, USA TODAY, 1 Dec. 2021 Charles’s attendance at the November 30 ceremony marks the first time a member of the royal family has attended the handover of a realm to a republic. — Omid Scobie, Harper's BAZAAR, 30 Nov. 2021 Charles' attendance at the ceremony marks the first time that a senior member of the royal family has attended the handover of a realm to a republic. — Simon Perry, PEOPLE.com, 30 Nov. 2021 See More

These example sentences are selected automatically from various online news sources to reflect current usage of the word 'republic.' Views expressed in the examples do not represent the opinion of Merriam-Webster or its editors. Send us feedback.

First Known Use of republic

History and Etymology for republic

The first known use of republic was in 1596 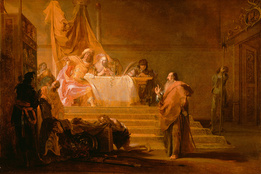 : a country with elected representatives and an elected chief of state who is not a monarch and who is usually a president

More from Merriam-Webster on republic