Rebus and a Lack of Words

A rebus communicates its message by means of pictures or symbols whose names sound like various parts of a word, phrase, or sentence. For example, a picture of a can of tomatoes followed by the letters UC and a picture of a well means "Can you see well?" In Latin, the word rebus means "by things"; rebus is a form of the Latin word res, which means "thing." English speakers started using the word rebus for picture writing in the early 1600s.

Recent Examples on the Web Written in bits and bobs over the last two years, the emoji Haggadah was redrafted with each update of the emoji keyboard, and reads like a book-length rebus. —

Marilyn Yalom, Time, 14 Feb. 2018 The pointed wit card collection includes 100 cards, each with a nostalgic looking graphic with a printed word, similar to a rebus. —

These example sentences are selected automatically from various online news sources to reflect current usage of the word 'rebus.' Views expressed in the examples do not represent the opinion of Merriam-Webster or its editors. Send us feedback.

1605, in the meaning defined above 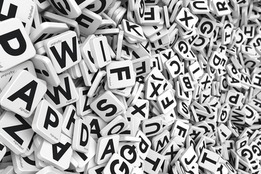 Don't just eat your words—play with them!

: a riddle or puzzle made up of letters, pictures, and symbols whose names sound like the syllables and words of a phrase or sentence

More from Merriam-Webster on rebus