1
a(1)
: a small and rather deep body of usually fresh water
(2)
: a quiet place in a stream
(3)
: a body of water forming above a dam
b
: something resembling a pool
a pool of light
2
: a small body of standing liquid
3
: a continuous area of porous sedimentary rock that yields petroleum or gas
4
: swimming pool

1
: to form a pool
2
of blood : to accumulate or become static (as in the veins of a bodily part)

1
a
: an aggregate stake to which each player of a game has contributed
b
: all the money bet by a number of persons on a particular event
2
a
: a game played on an English billiard table in which each of the players stakes a sum and the winner takes all
b
: any of various games of billiards played on an oblong table having 6 pockets with usually 15 object balls
3
: an aggregation of the interests or property of different persons made to further a joint undertaking by subjecting them to the same control and a common liability
4
: a readily available supply: such as
a
: the whole quantity of a particular material present in the body and available for function or the satisfying of metabolic demands
b
: a body product (such as blood) collected from many donors and stored for later use
c
: a group of people available for some purpose
a shrinking pool of applicants
typing pool
5
: gene pool
6
: a group of journalists from usually several news organizations using pooled resources (such as television equipment) to produce shared coverage especially of events to which access is restricted

: to combine (things, such as resources) in a common pool or effort

circa 1780, in the meaning defined above 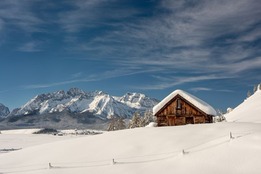 3 of 4 noun
1
: the money bet by a number of persons on an event or in a game
2
: a game played on a billiard table having six pockets with usually 15 object balls
3
: a common fund for making investments
4
a
: a readily available supply
a pool of talent
a typing pool
b
: a group sharing in some activity
a car pool

4 of 4 verb
: to contribute to a common fund or effort
pooled their resources

of blood
: to accumulate or become static (as in the veins of a bodily part)
blood pooled in his legs

2 of 2 noun
: a readily available supply: as
a
: the whole quantity of a particular material present in the body and available for function or the satisfying of metabolic demands see gene pool, metabolic pool
b
: a body product (as blood) collected from many donors and stored for later use

1 of 2 noun
1
: an aggregation of the interests, obligations, or undertakings of several parties working together
an insurance pool
2
: a group of people available for some purpose see also jury pool

2 of 2 transitive verb
: to combine (as assets or votes) in a common form or effort
especially : to combine (interests) so as not to have a merger of companies considered a purchase for accounting purposes

More from Merriam-Webster on pool