1
a
: a body of persons usually employed (as in a factory or organization)
b
personnel plural : persons
2
: a division of an organization concerned with personnel

Women are also underrepresented as police force members, composing less than 13 percent of sworn personnel, despite the proven benefits of having more women in blue, such as less use of excessive force and improved response to domestic violence.

Cortney Rock, Ms., Winter 2007 When the staff returned to the Oval Office, Bush's mood was upbeat, according to a White House aide who was present (and who, like all White House personnel quoted in this story, follows a policy of not being quoted by name).

Richard Wolffe et al., Newsweek, 19 June 2006 The doorway that sheltered them from the rain leads to government offices now, but in Franco's time the building was a political prison. Its personnel and their diligent labours earned the place a charming nom de guerre—the House of Screams.

A. L. Kennedy, On Bullfighting, 1999 The only firm rule is: Armored personnel carriers have the right of way.

P. J. O'Rourke, Holidays in Hell, 1988 Over 10,000 military personnel were stationed in the country. They've reduced the number of personnel working on the project. Talk to personnel if you have any questions about your health insurance. She's the director of personnel. See More
Recent Examples on the Web The blaze in the three-story vacant rowhouse spread as firefighters sprayed water at it from the outside, causing the department to upgrade the call to a second alarm, which brought more personnel and equipment.

Lilly Price, Baltimore Sun, 27 Nov. 2022 But the team needed Scaloni to be bold enough to make alterations in both personnel and strategy.

Frank Dell'apa, BostonGlobe.com, 26 Nov. 2022 The Israeli military says the herders use a phone app that deletes photographs of personnel and vehicles once they are sent back to their Hezbollah handlers.

Raja Abdulrahim, New York Times, 23 Nov. 2022 Beijing accepts a degree of security risk in pursuing its Belt and Road program and is committed to working with partner governments, such as in Pakistan, to mitigate threats to Chinese personnel and assets, Chinese experts say.

Saeed Shah, WSJ, 23 Nov. 2022 Unlike the Russia probe when the Mueller special counsel was announced, Van Grack said, both the Mar-a-Lago and Jan. 6 investigations appear to already have significant resources and personnel dedicated to them.

Perry Stein, Washington Post, 22 Nov. 2022 Unlike the Russia probe when the Mueller special counsel was announced, Van Grack said, both the Mar-a-Lago and Jan. 6 investigations appear to already have significant resources and personnel dedicated to them.

These example sentences are selected automatically from various online news sources to reflect current usage of the word 'personnel.' Views expressed in the examples do not represent the opinion of Merriam-Webster or its editors. Send us feedback. 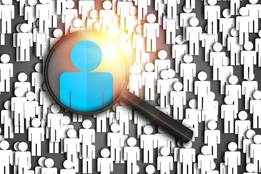 Keep this in your personal file.

: a group of persons employed (as in a public service, a factory, or an office)

More from Merriam-Webster on personnel