: a noisy usually mischievous ghost held to be responsible for unexplained noises (such as rappings)

One of the tricks a poltergeist is known for is making "knocking" noises, so it will come as no surprise to learn that the word poltergeist translates literally from German as knocking spirit. The German verb poltern means "to knock, and "Geist" is the German word for "spirit." Another "Geist" descendant in English is "zeitgeist" ("the general intellectual, moral, and cultural climate of an era"). The English word ghost is also related; it descends from the same ancient root that led to "Geist." Although "ghost" has been used in English since before the 12th century, "poltergeist" is a relative newcomer, first appearing as an English word in the middle of the 19th century.

we thought a poltergeist was knocking dishes off the shelves, but it turned out to just be vibrations from passing trains
Recent Examples on the Web In 1974, single mother-of-three Doris Bither claimed to have experienced poltergeist activity: strange odors, objects falling from shelves by themselves, and weird lights.

Sophie Hanson, Harper's BAZAAR, 4 Aug. 2022 But renovations are also haunted by a different kind of poltergeist.

Borys Kit, The Hollywood Reporter, 24 Mar. 2022 There was something about Reitman’s film and approach that was just lightning in a bottle — or a poltergeist in a ghost trap.

James Hibberd, The Hollywood Reporter, 14 Feb. 2022 Some poltergeist action worked its way into the mix.

Nicholas Quah, Vulture, 28 Oct. 2021 Could this energy, the kind that is projected, perceived, and exchanged, yet purportedly impossible to measure, have somehow spun the monitor’s compass, like a poltergeist or a solar flare?

Nick Paumgarten, The New Yorker, 1 Nov. 2021 In this horror-comedy, a dead couple haunting their country residence enlist the help of a poltergeist named Beetlejuice to rid their home of the Deetz family.

These example sentences are selected automatically from various online news sources to reflect current usage of the word 'poltergeist.' Views expressed in the examples do not represent the opinion of Merriam-Webster or its editors. Send us feedback.

1848, in the meaning defined above 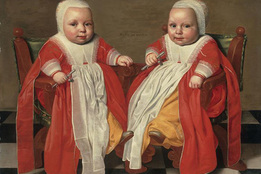 Schadenfreude and Other German Words...

: a mischievous ghost thought to be the cause of mysterious noises (as rappings)

More from Merriam-Webster on poltergeist