1
: to argue a case or cause in a court of law
2
a
: to make an allegation in an action or other legal proceeding
especially : to answer the previous pleading of the other party by denying facts therein stated or by alleging new facts
b
: to conduct pleadings
3
: to make a plea of a specified nature
plead not guilty
4
a
: to argue for or against a claim
b
: to entreat or appeal earnestly

1
: to maintain (a case, a cause, etc.) in a court of law or other tribunal
2
: to allege in or by way of a legal plea
3
: to offer as a plea usually in defense, apology, or excuse
pleadable
ˈplē-də-bəl

Plead belongs to the same class of verbs as bleed, lead, and feed, and like them it has a past and past participle with a short vowel spelled pled (or sometimes plead, which is pronounced alike). From the beginning, pled has faced competition from the regular form pleaded, which eventually came to predominate in mainstream British English. Pled was and is used in Scottish English, which is likely how it came to American English. In the late 19th and early 20th centuries, pled was attacked by many American usage commentators (perhaps because it was not in good British use). Though still sometimes criticized, it is fully respectable today and both pled (or plead) and pleaded are in good use in the U.S. In legal use (such as “pleaded guilty,” “pled guilty”), both forms are standard, though pleaded is used with greater frequency. In nonlegal use (such as “pleaded for help”), pleaded appears more commonly, though pled is also considered standard.

He begged and pleaded, but she would not change her mind. She couldn't afford a lawyer to plead her case. “How do you plead?” asked the judge. “We plead guilty, Your Honor.” He agreed to plead to a lesser charge of manslaughter.
Recent Examples on the Web Reynolds first took office in 2008 when he was appointed by the Butler County Republican Party appointed Reynolds when Kay Rogers, the previous auditor, plead guilty to bank and mail fraud and resigned.

Erin Glynn, The Enquirer, 9 Nov. 2022 The minimum fair justice requires is that she be allowed to plead not guilty and tell this story in a courtroom.

Anita Chabriacolumnist, Los Angeles Times, 30 Oct. 2022 Both Thao and Kueng rejected plea deals that would have required them to plead guilty and receive a sentence of 36 months.

Bry'onna Mention, Essence, 24 Oct. 2022 During a police response to Port Washington High school the city took to social media to plead with parents not to arrive at the school.

Annmarie Hilton, Journal Sentinel, 20 Oct. 2022 Sambo’s lawyer declined to say how his client would plead but in a news conference last week said Sambo had ordered that Hutabarat be assaulted, not shot.

Reuters, CNN, 17 Oct. 2022 As first reported by The Sun, the 24-year-old artist arrived in Southwark Crown Court in London on Monday to deny the allegations and plead not guilty.

Nick Romano, EW.com, 11 Oct. 2022 It was revealed at that recent hearing that the current district attorney had offered to allow McCrory to plead guilty and leave prison.

al, 3 Oct. 2022 Aruffo, who retired from the Navy in 2007 as a lieutenant commander, was also among the first Navy officers charged in the case, and was the fourth to plead guilty, in July 2014.

These example sentences are selected automatically from various online news sources to reflect current usage of the word 'plead.' Views expressed in the examples do not represent the opinion of Merriam-Webster or its editors. Send us feedback.

Note: Middle English also had with the same senses pleten, from Anglo-French pleiter, pleter, formed from the variant noun pleit with final t (presumably evident when a vowel-initial word followed in Old French), which continued into early Modern English as plete, pleat. 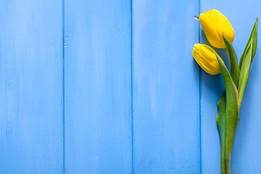 or pled
ˈpled
; pleading
1
: to argue a case in a court of law
2
: to answer to a claim or charge in a court of law
plead not guilty
3
a
: to argue for or against a claim
plead a case before a jury
b
: to appeal earnestly : beg
4
: to offer as a defense, apology, or excuse
plead sickness
pleader noun

1
: to make an allegation in an action or other legal proceeding
especially : to answer the pleading or charge of the other party by denying facts therein stated or by alleging new facts
the defendant shall be given a copy of the indictment or information before the defendant is called upon to plead

Kansas Statutes Annotated
see also alternative
2
: to make a specific plea
plead not guilty
also : to make a plea of guilty
agreed to plead to the lesser charge

1
: to allege in or by way of a pleading : state in a pleading
unless plaintiff pleads and proves facts showing actual malice, he cannot recover punitive damages

History and Etymology for plead

Anglo-French plaider to argue in a court of law, from Old French plaid legal action, trial more at plea

More from Merriam-Webster on plead