1 : a sharp sound like that of a striking bullet
2 : knock sense 2b
3 : the pulse of sound waves reflected from or emitted by a submerged object in submarine signaling or detection and heard by special apparatus Baylor … trained his sound unit from one bearing to another, listening for submarines. It threw out a directional sound beam, a series of "pings." These pings, if they hit a solid object like a submarine, reflected back to the operator.— William J. Lederer
4 : a signal sent from one computer to another across a network for usually diagnostic purposes (as to determine network speed or the status of the target computer) With Napster, however, all you have to do is type in the name of the song or artist and up will pop 2,745 Phish songs sorted by the host computer's type of modem connection and ping rate.— Karl Taro Greenfeld

1 : to make a ping
2 : to ricochet with a ping gravel pinging off … the car— Margaret Atwood

1 : to cause to ping ping a bell
2 : to locate (something, such as a submerged object or submarine) by detecting the reflection of a pulse of sound waves : to send out a ping (see ping entry 1 sense 3) in order to locate (something) We will have to follow this big old boy on the surface and then try to ping him with the sonar when he dives.— Corwin Ericson
3a : to send a signal to (a computer) in order to determine its status or the status of the connecting network Without realizing what he was doing, he pinged every server in a .gov domain. Next day, his ISP canceled his account; the retribution was swift and uncompromising.— Bill Machrone
b : to send a signal to (a device, such as a cell phone) in order to determine its status or location Howell officers warned police agencies across the state. … Police pinged the man's phone to get its location.— Andrew Ford
c : to send a usually brief message (such as a text message) or notification to (a person, a person's phone, etc.) … provides an opportunity to check the time or see who pinged you while you were coming down the mountain … — Wired
More Example Sentences Phrases Containing ping Learn More About ping

Examples of ping in a Sentence

Verb Pebbles pinged off the car.
Recent Examples on the Web: Verb Police were able to ping her cell phone and locate the vehicle -- with her in it -- stopped at a Pearl Road address. — John Benson, cleveland, 13 July 2022 Did your smartphone ping you with alerts from the MyShake app? — Matthew Ballinger, Los Angeles Times, 14 June 2022 Your smartwatch can ping you about an irregular heartbeat. — Katie Palmer, STAT, 3 June 2022 Did that particular development ping the radar of a couple of the biggest talent agencies in the world? — Rob Salkowitz, Forbes, 17 Mar. 2022 There are jumper cables, a tow rope, and safety gloves, along with a basic first-aid kit, mechanical flashlight, reflector triangles, and a ping hammer-belt cutter combo tool. — Rachel Klein, Popular Mechanics, 2 June 2022 Leisek tracked the last location ping from Brown’s cell phone. — oregonlive, 19 May 2022 Anchorage police traced at least one cellphone ping to a house there, according to federal court documents filed in New York. — Tess Williams, Anchorage Daily News, 10 May 2022 While numerous studies have explored the effects of mental fatigue on sports ranging from ping pong to kayaking, not all of them have seen performance changes. — Alex Hutchinson, Outside Online, 18 Apr. 2020 See More

These example sentences are selected automatically from various online news sources to reflect current usage of the word 'ping.' Views expressed in the examples do not represent the opinion of Merriam-Webster or its editors. Send us feedback.

First Known Use of ping

1855, in the meaning defined at intransitive sense 1

History and Etymology for ping 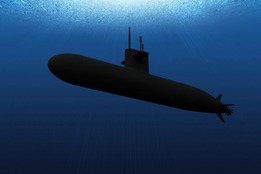 The menacing origins of a seemingly harmless word

More from Merriam-Webster on ping

Thesaurus: All synonyms and antonyms for ping