1
: a state of tranquility or quiet: such as
a
: freedom from civil disturbance
Peace and order were finally restored in the town.
b
: a state of security or order within a community provided for by law or custom
a breach of the peace
2
: freedom from disquieting or oppressive thoughts or emotions
I have been in perfect peace and contentment

J. H. Newman
3
: harmony in personal relations
The sisters are at peace with each other.
4
a
: a state or period of mutual concord between governments
There was a peace of 50 years before war broke out again.
b
: a pact or agreement to end hostilities between those who have been at war or in a state of enmity
offered the possibility of a negotiated peace

obsolete
: to be, become, or keep silent or quiet
Phrases
at peace
: in a state of concord or tranquility
The problem was settled and his mind was at peace.

Noun After many years of war, people on both sides were longing for peace. We said a prayer for world peace. He tried to negotiate a peace between the warring countries. There was a peace of 50 years before war broke out again. Peace and order were finally restored in the town. After years of therapy, he has finally achieved an inner peace. He is searching for inner peace. Insurance can provide you with peace of mind. The problem was settled and his mind was at peace. They are at peace with each other. See More
Recent Examples on the Web
Noun
The thought of telling your friends what's going on may seem like a distraction that would disturb your peace.

Chicago Tribune, 19 Nov. 2022 The Kremlin spokesman, Dmitry Peskov, on Thursday repeated the assertion that Kyiv was refusing to engage in peace talks.

David L. Stern, Anchorage Daily News, 17 Nov. 2022 But the winter weather is expected to pause fighting, which may provide an opening for peace talks between Ukraine and Russia.

Time, 16 Nov. 2022 Modern players seem to have made their peace with it, and the induction of popular David Ortiz (who failed a drug test in 2003) by the writers last year could pave the way for more who were suspected of using.

Dan Shaughnessy, BostonGlobe.com, 11 Nov. 2022 There, in the mirror’s reflection, my peace lily sagged, my begonia browned, my African violets pouted while bugs circled their leaves like vultures.

Karen Hugg, WIRED, 9 Nov. 2022 With perfect scores in our Lab’s air suction and sound tests, the APEX proves that a vacuum with strong suction doesn’t have to disturb your peace.

Jodhaira Rodriguez, Good Housekeeping, 27 Oct. 2022 In the present day, the older version of Maximo goes back to Acapulco to make his peace with Don Pablo’s passing — and also to confront some unfinished business.

These example sentences are selected automatically from various online news sources to reflect current usage of the word 'peace.' Views expressed in the examples do not represent the opinion of Merriam-Webster or its editors. Send us feedback. 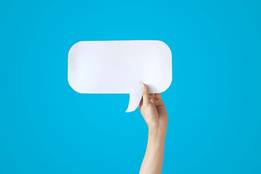 The whole truth about a confusing idiom.

ˈpēs
1
: a state of quiet
especially : freedom from public disturbance or war
2
: freedom from upsetting thoughts or feelings
3
: harmony in personal relations
4
a
: a state or period of peace between governments
b
: an agreement to end a war

: a state of tranquility or quiet: as
a
: a state of security or order within a community provided for by law or custom
keeping the peace
b
: freedom from civil disturbance

More from Merriam-Webster on peace