1
: a method of temporary banishment by popular vote without trial or special accusation practiced in ancient Greece
Ostracism of political opponents was a common practice in ancient Athens.
2
: exclusion by general consent from common privileges or social acceptance
For years she suffered ostracism from the scientific community.
Ostracism is a common fate for tell-all writers.

Recent Examples on the Web Ruby’s ostracism leads to a vortex of death and destruction, a scourging of a nearly Biblical fury.

John Hopewell, Variety, 15 July 2022 The reasons are numerous: fear of humiliation, ostracism, blame, and indifference; worry about damaging their careers or reputations; or after all of that effort, inaction by management.

Rachel Sturtz, Outside Online, 19 June 2019 Scholars of the Middle East point out that the United States has a long history of doing business with autocrats, including every Saudi king, and that engagement could more effectively shape their behavior than ostracism.

New York Times, 14 July 2022 Because her daughter was biracial, Greve faced ostracism and was forced out of her apartment in New York.

Matt Schudel, Washington Post, 9 July 2022 While there are few reports of violent retribution against returning families, many describe lives of destitution and ostracism.

These example sentences are selected automatically from various online news sources to reflect current usage of the word 'ostracism.' Views expressed in the examples do not represent the opinion of Merriam-Webster or its editors. Send us feedback. 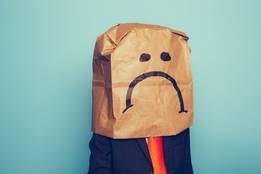 'Ostracize': Making That One Person Go...

When the world isn’t exactly your oyster.

1
: a method of temporary banishment by popular vote without trial practiced in ancient Greece
2
: a general refusal to include someone as part of a social group

More from Merriam-Webster on ostracism

Thesaurus: All synonyms and antonyms for ostracism