These materials are used for the orientation of new employees. They identified as bisexual in orientation. The organization has a decidedly conservative orientation. Her later works were more introspective in orientation. New students need to go through a short orientation before they begin classes.
Recent Examples on the Web Cognitive decline was measured using a scale that focused on how well patients fare in six areas: memory, orientation, judgment and problem solving, community affairs, home and hobbies, and personal care. —

Berkeley Lovelace Jr., NBC News, 18 Jan. 2023 When Garcia, a Democrat, arrived in D.C. for orientation, cooks and janitors of Peruvian descent came to shake his hand. —

Dallas News, 2 Dec. 2022 Peltola, who was elected in an August special election fill out a term previously held by Rep. Don Young, made appearances at the new member orientation. —

Iris Samuels, Anchorage Daily News, 16 Nov. 2022 The strong community orientation of Henry and Susan Samueli, who have owned the NHL Ducks since 2005, is another must for the Angels’ new owners. —

Helene Elliott, Los Angeles Times, 24 Aug. 2022 Sergei Krikalev, the executive director of Roscosmos' Human Space Flight Programs, said the ISS partners already performed an analysis comparing the orientation of the hole to the likely direction that any micrometeorite would have come from. —

John Timmer, Ars Technica, 22 Dec. 2022 The north and east compass arrows show the orientation of the image on the sky. —

These example sentences are selected automatically from various online news sources to reflect current usage of the word 'orientation.' Views expressed in the examples do not represent the opinion of Merriam-Webster or its editors. Send us feedback. 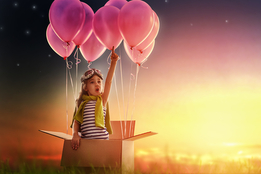 ˌȯr-ē-ˌen-
1
a
: the act or process of orienting or of being oriented
b
: the state of being oriented
2
a
: a usually general or lasting direction of thought, inclination, or interest
b
: a person's sexual identity or self-identification
bisexual in orientation
3
: change of position by a cell or organism or by one of their parts in response to outside stimulus

1
a
: the act or process of orienting or of being oriented
b
: the state of being oriented
2
: a usually general or lasting direction of thought, inclination, or interest see sexual orientation
3
: change of position by organs, organelles, or organisms in response to external stimulus
4
: awareness of the existing situation with reference to time, place, and identity of persons
psychological orientation
orientational
-shnəl, -shən-ᵊl

More from Merriam-Webster on orientation