1
: of, relating to, or characteristic of a minister or the ministry
2
a
: being or having the characteristics of an act or duty prescribed by law as part of the duties of an administrative office
b
: relating to or being an act done after ascertaining the existence of a specified state of facts in obedience to a legal order without exercise of personal judgment or discretion
3
: acting or active as an agent
ministerially
ˌmi-nə-ˈstir-ē-ə-lē

She holds a ministerial office. They function in a ministerial capacity in the embassy.
Recent Examples on the Web Several members were chosen for ministerial posts, with Mr. Lamichhane himself appointed deputy prime minister and home minister. —

Bhadra Sharma, New York Times, 26 Dec. 2022 The next ministerial conference was scheduled to take place in Geneva, Switzerland, this week and debate on this again. —

Aditi Sangal, CNN, 2 Dec. 2021 Bhutto Zardari also met with Guterres on the sidelines of the ministerial meeting of Group of 77, a coalition of 134 mainly developing nations and China, in New York. —

Munir Ahmed, ajc, 16 Dec. 2022 On Saturday, the Archdiocese of Chicago reinstated Pfleger to ministerial duties following an investigation that began in mid-October. —

Emily Rauhala, Washington Post, 3 Sep. 2022 Remarkably, in spite of the evidence of supply shortages and vaccine apartheid, a WTO ministerial declaration issued in June failed to waive any IP barriers. —

Joseph Stiglitz, Scientific American, 14 Nov. 2022 Election officials and experts note that canvassers have a legal and ministerial duty to certify election results and do not have discretion to refuse to certify based on allegations of fraud or investigate those allegations. —

Detroit Free Press, 10 Nov. 2022 Currently, Feed the Need volunteers continue to raise ministerial funds through the sale of merchandise, food, and refreshments at church events, through community activities, and through the generous donations of church members. —

These example sentences are selected automatically from various online news sources to reflect current usage of the word 'ministerial.' Views expressed in the examples do not represent the opinion of Merriam-Webster or its editors. Send us feedback. 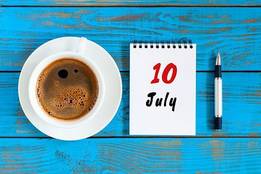 : of or relating to a minister or ministry

1
: being or having the characteristics of an act or duty prescribed by law as part of the duties of an administrative office
2
: relating to or being an act done after ascertaining the existence of a specified state of facts in obedience to legal and especially statutory mandate without exercise of personal judgment or discretion see also mandamus compare discretionary
3
: relating to a minister or ministry

More from Merriam-Webster on ministerial