Definition of Metaphysical (Entry 2 of 2)

Other Words from metaphysical

Examples of metaphysical in a Sentence

Adjective a metaphysical world of spirits a work that deals with such metaphysical questions as the very nature of knowledge
Recent Examples on the Web: Adjective The result is a metaphysical detective story in which the stakes – the preservation of the memory of a people – could not be higher. — Peter Rainer, The Christian Science Monitor, 20 Sep. 2022 That may be true in a legal sense and a metaphysical one. — Matt Ford, The New Republic, 20 Sep. 2022 The apothecary has become a resource for herbs, medicinal herbal teas, clean body products, and metaphysical healing tools. — Ashley Luthern, Journal Sentinel, 20 Sep. 2022 Located at 7565 Broadview Road, the new gift shop features metaphysical supplies such as crystals, gemstones, candles, smudge sticks, incense, spell and manifestation candles, books, brooms and crystal jewelry. — John Benson, cleveland, 4 Aug. 2022 Don’t be afraid to wade into this metaphysical quicksand. — Chris Richards, Washington Post, 12 Sep. 2022 At Grimm, the brushy work of Matthias Weischer complemented the softer painting of Caroline Walker, and the meditative nature of both meshed well with the metaphysical sculpture of Arturo Kameya. — Brian P. Kelly, WSJ, 9 Sep. 2022 On his first walk with Chrissy through the metaphysical realm, Satan points out a figure by the side of the road. — Angie Han, The Hollywood Reporter, 25 Aug. 2022 In addition to featuring candles that carry metaphysical properties based on the color and scent, the store offers smooth stones known as tumbles for around $2.50. — John Benson, cleveland, 4 Aug. 2022 See More

These example sentences are selected automatically from various online news sources to reflect current usage of the word 'metaphysical.' Views expressed in the examples do not represent the opinion of Merriam-Webster or its editors. Send us feedback.

First Known Use of metaphysical

1887, in the meaning defined above

The first known use of metaphysical was in the 15th century 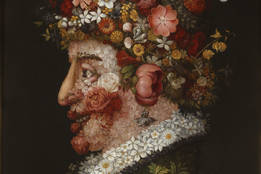 More from Merriam-Webster on metaphysical