1
: to become altered from a solid to a liquid state usually by heat
2
a
: dissolve, disintegrate
the sugar melted in the coffee
b
: to disappear as if by dissolving
her anger melted at his kind words
3
obsolete : to become subdued or crushed (as by sorrow)
4
: to become mild, tender, or gentle
5
: to lose outline or distinctness : blend

1
: to reduce from a solid to a liquid state usually by heat
2
: to cause to disappear or disperse
3
: to make tender or gentle : soften
meltability
ˌmel-tə-ˈbi-lə-tē

1
a
: material in the molten state
b
: the mass melted at a single operation or the quantity melted during a specified period
2
a
: the action or process of melting or the period during which it occurs
the spring melt
b
: the condition of being melted
3
: a sandwich with melted cheese
a tuna melt

: spleen
especially : spleen of slaughtered animals for use as feed or food 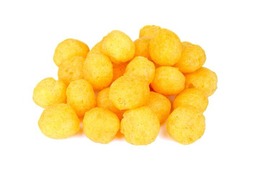 1
: to change from a solid to a liquid state usually through heat
melt butter
snow melts
2
: dissolve sense 1
the sugar melted in the coffee
3
: to grow less : disappear
clouds melting away
4
: to make or become gentle : soften
a warm smile melts the heart
5
: to lose clear outline or shape : blend, merge
melter noun

More from Merriam-Webster on melt