1
: a mock court in which the principles of law and justice are disregarded or perverted
2
: a court characterized by irresponsible, unauthorized, or irregular status or procedures

A kangaroo court has never been a court by or for kangaroos, but beyond that, little is known for sure about the term's origins. Various theories abound: it has been suggested that kangaroo courts got their name because they were initially marked by rapid and unpredictable movement from one place to another, or that they were in some way associated with "jumping" (i.e., illegally occupying) mining claims. These hypotheses are all unsubstantiated, however. What is known is that the first kangaroo courts originated in the United States at approximately the time of the 1849 California Gold Rush, and the word saw its earliest use in the southwestern U.S. It first turned up in print in 1853 in a book about Texas.

Recent Examples on the Web Is the kangaroo court in the House willing to press hard and get REAL answers as to what happened with the FBI on January 6? —

Dallas News, 15 June 2022 Outside the sidewalk, Jones called the trial a kangaroo court and Bellis a tyrant. —

Hartford Courant, 3 Oct. 2022 In a succession of bombastic press conferences on the sidewalk outside the Waterbury courthouse Jones condemned the default as a revocation of the first amendment, called the trial a kangaroo court and said Bellis is a tyrant. —

Hartford Courant, 4 Oct. 2022 If the Blue Jays have a kangaroo court, somebody on the grounds crew has to be fined for having a baseline as true as a Roberto Clemente throw from right field to the hot corner. —

Paul Hoynes, cleveland, 12 Aug. 2022 If POWs are allegedly culpable of war crimes, than they are entitled a fair, non-kangaroo court trial with due process to ascertain guilt or innocence. —

New York Times, 7 June 2022 The opposition leader could face more than a decade in prison if convicted by the kangaroo court. —

These example sentences are selected automatically from various online news sources to reflect current usage of the word 'kangaroo court.' Views expressed in the examples do not represent the opinion of Merriam-Webster or its editors. Send us feedback. 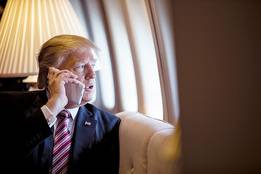 noun
: a court that uses unfair methods or is not a proper court of law

More from Merriam-Webster on kangaroo court

Thesaurus: All synonyms and antonyms for kangaroo court