1
a
: something said or done to provoke laughter
especially : a brief oral narrative with a climactic humorous twist
b(1)
: the humorous or ridiculous element in something
(2)
: an instance of jesting : kidding
can't take a joke
c
: practical joke
d
: laughingstock
2
: something not to be taken seriously : a trifling matter
consider his skiing a joke—

: to make the object of a joke : kid
jokingly
ˈjō-kiŋ-lē

Noun She meant it as a joke, but many people took her seriously. They played a harmless joke on him. They are always making jokes about his car. I heard a funny joke yesterday. the punch line of a joke I didn't get the joke. That exam was a joke. Their product became a joke in the industry. He's in danger of becoming a national joke. Verb My friends would joke about the uniform I had to wear at work. She joked about the possibility of losing her job. I thought he was joking when he said he might quit, but it turned out that he really meant it. Don't take it seriously: I was only joking. She spent a few minutes joking with reporters after giving her speech. She joked that she could always get work as a truck driver if she lost her job. See More
Recent Examples on the Web
Noun
Unlike an allusion — a tip of the hat to a previous work — an Easter egg, when found, is an anachronistic disruption, an anti-mimetic breaking of the fourth wall to make room for a joke, clue or grievance. —

Ryan Gajewski, The Hollywood Reporter, 6 Jan. 2023 In fact, the witticism appears to originate from an 1856 joke in a Massachusetts newspaper — 78 years after Voltaire’s death. —

Chris Perkins, Sun Sentinel, 28 Dec. 2022 Financial losses from cybercrime are no joke—projected to cost over $10.5 trillion annually by 2025—but the hits to an organization’s brand and reputation after a breach are arguably more damaging. —

Martin Ladstaetter, Forbes, 27 Dec. 2022 Perhaps the new cards were supposed to be just a joke, a little fun ahead of the holidays. —

Duane Rankin, The Arizona Republic, 8 Dec. 2022
Verb
Brendan Fraser can joke about it now, but leaving the comedy Airheads to turn himself into a literal airhead for George of the Jungle sounds like kind of a hangry nightmare. —

Elizabeth Logan, Glamour, 6 Dec. 2022 But beyond the attempts to joke through yet another week of shock and national mourning, the guests were on one. —

Vulture, 1 July 2022 The current king would also joke about whether or not the Duke of Sussex was an illegitimate child. —

Vulture, 6 Jan. 2023 Curry can definitely joke about the moment, with his team on the verge of closing out the Mavericks and earning a trip to the NBA Finals for the sixth time in eight seasons. —

Eric He, Dallas News, 23 May 2022 Tempted to joke about global warming amid the freezing cold? —

Dinah Voyles Pulver, USA TODAY, 28 Dec. 2022 Aly goes on to joke that she's toyed with the idea of bleaching her brows. —

Devon Abelman, Allure, 4 May 2022 Stay tuned, this whole NIL thing is going to turn into New Investigation Launched, and then Now Insert Laughter because there will be plenty to joke about after this all hits the fan. —

These example sentences are selected automatically from various online news sources to reflect current usage of the word 'joke.' Views expressed in the examples do not represent the opinion of Merriam-Webster or its editors. Send us feedback.

1670, in the meaning defined at intransitive sense 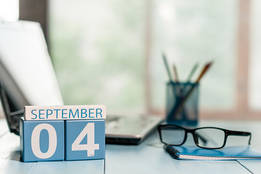 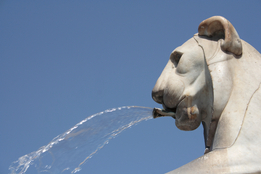 1
a
: something said or done to cause laughter
especially : a brief story with a humorous twist
b
: the humorous element in something
c
: good-natured kidding
can't take a joke
2
: something not to be taken seriously
that exam was a joke

More from Merriam-Webster on joke