1
a
: the use of words to express something other than and especially the opposite of the literal meaning
b
: a usually humorous or sardonic literary style or form characterized by irony
c
: an ironic expression or utterance
2
a(1)
: incongruity between the actual result of a sequence of events and the normal or expected result
(2)
: an event or result marked by such incongruity
b
: incongruity between a situation developed in a drama and the accompanying words or actions that is understood by the audience but not by the characters in the play

3
: a pretense of ignorance and of willingness to learn from another assumed in order to make the other's false conceptions conspicuous by adroit questioning

The great irony of human intelligence is that the only species on Earth capable of reason, complex-problem solving, long-term planning and consciousness understands so little about the organ that makes it all possible—the brain. —

Amanda Bower, Time, 20 Aug. 2001 The great irony of anthracite is that, tough as it is to light, once you get it lit it's nearly impossible to put out. —

Bill Bryson, A Walk in the Woods, 1999 And the irony is obvious: those who once had been the victims of separatism, who had sacrificed so dearly to overcome their being at the margins, would later create an ethos of their own separatism. —

Shelby Steele, Harper's, July 1992 a writer known for her clever use of irony “What a beautiful view,” he said, his voice dripping with irony, as he looked out the window at the alley. She described her vacation with heavy irony as “an educational experience.” It was a tragic irony that he made himself sick by worrying so much about his health. That's just one of life's little ironies. The irony of the situation was apparent to everyone. He has a strong sense of irony. See More
Recent Examples on the Web In this world, a too-smart intellectual can liken a supermarket to church without irony (while, of course, being satirized, however gently). —

Jody Rosen, New York Times, 21 Dec. 2022 The dominant idiom on so many platforms is one of soi-distant irony and disaffection. —

WIRED, 16 Nov. 2022 Kjartansson uses very 21st-century modes of irony and humor, as well as repetition (his aesthetic calling card) and boredom, to draw our attention to this. —

Sebastian Smee, Washington Post, 14 Nov. 2022 Perched on the lower slopes of the mountains on the north side of Tehran, Evin’s solidity and efficiency loom over the city below—emblematic of an ideology without irony. —

Kian Tajbakhsh, The Atlantic, 1 Nov. 2022 The Final Girls uses clever irony and meta-play to riff with its viewers, where knowledge of the summer horror sub-genre becomes really the only way to safely exit this endless camp time loop — for both mother and daughter. —

Nathan Smith, Vulture, 5 Aug. 2022 That the best solution for GrapheneOS is to install it on a Pixel device, due to the improved security in Google's hardware, is the ultimate irony... — 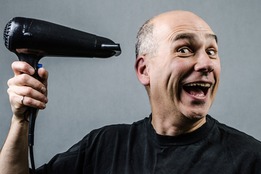 plural ironies
1
a
: the use of words that mean the opposite of what one really intends
b
: an ironic expression or utterance
2
a
: inconsistency between an actual and an expected result of a sequence of events
b
: a result marked by this inconsistency
3
: the contradiction between the situation developed in a drama and the words or actions of the characters that is understood by the audience but not by the characters themselves

Take a 3-minute break and test your skills!