-ˌsil
plural imbeciles
1
: a foolish or stupid person
… his anger burst forth freely—"… I have behaved like an imbecile! I should never have left that case here. I should have carried it away with me. …"

The terms idiot, imbecile, moron, and their derivatives were formerly used as technical descriptors in medical, educational, and regulatory contexts. These uses were broadly rejected by the close of the 20th century and are now considered offensive.

: weak, feeble
There, then, he sat, holding up that imbecile candle in the heart of that almighty forlornness.

Noun He drank too much and started acting like a complete imbecile. only an imbecile would leave their car unlocked, with the keys in the ignition, and then be surprised when the vehicle was stolen
Recent Examples on the Web
Noun
Evil is insolent and strong; beauty enchanting but rare; goodness very apt to be weak; folly very apt to be defiant; wickedness to carry the day; imbeciles to be in great places, people of sense in small, and mankind generally unhappy.

Sam Sacks, WSJ, 18 Nov. 2016 Hard to accept that these imbeciles represent the people in our government.

These example sentences are selected automatically from various online news sources to reflect current usage of the word 'imbecile.' Views expressed in the examples do not represent the opinion of Merriam-Webster or its editors. Send us feedback.

Note: In the Leiden scholia on Juvenal the word imbēcillis is explained as "quasi sine baculo" ("as if without a staff"), taking the word as formed from the negative prefix in- (see in- entry 1) and bacillum, a diminutive of baculum "staff." But there are both formal and semantic problems with such an etymology: Lucretius and Horace have the e as a long vowel; and for a word meaning "frail" a compound meaning "with a staff" would be more likely than "without a staff."

circa 1550, in the meaning defined above 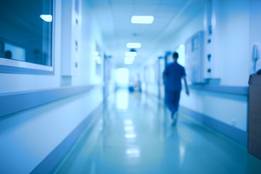 The Clinical History of 'Moron,'...

The words have a less-than-savory past

The terms idiot, imbecile, moron, and their derivatives, such as imbecility, were formerly used as technical descriptors in medical, educational, and regulatory contexts. These uses were broadly rejected by the close of the 20th century and are now considered offensive.

More from Merriam-Webster on imbecile