1
: a feigning to be what one is not or to believe what one does not : behavior that contradicts what one claims to believe or feel
His hypocrisy was finally revealed with the publication of his private letters.
especially : the false assumption of an appearance of virtue or religion
our conventional morality often serves as a cover for hypocrisy and selfishness —

Lucius Garvin
2
: an act or instance of hypocrisy
a keen awareness of one's parents' hypocrisies

When his private letters were made public, they revealed his hypocrisy. the hypocrisy of people who say one thing but do another Teenagers often have a keen awareness of their parents' hypocrisies.
Recent Examples on the Web Biden’s document discovery has prompted comparisons to Trump’s handling of classified documents and claims of hypocrisy on the right. —

Sara Dorn, Forbes, 22 Jan. 2023 Unsurprisingly, there have been cries of hypocrisy and promises of subpoenas from Republicans. —

CBS News, 15 Jan. 2023 Republicans were quick to pounce on the issue, accusing Biden of hypocrisy. —

Glenn Thrush, New York Times, 11 Jan. 2023 And fortunately, most of us retain at least some hatred of hypocrisy throughout our lives, even as life inevitably pounds us into compromises, betrayals and failings. —

Curbed, 17 Mar. 2022 At my own Princeton University, students are greeted at their very arrival on campus with a freshman-orientation program drenched in hypocrisy, double standards, and indoctrination à la Mao. —

Myles Mcknight, National Review, 13 Feb. 2022 That’s led to charges of hypocrisy given their willingness to raise the limit when the debt was rising during the Trump administration. —

These example sentences are selected automatically from various online news sources to reflect current usage of the word 'hypocrisy.' Views expressed in the examples do not represent the opinion of Merriam-Webster or its editors. Send us feedback.

Middle English ypocrisye, borrowed from Anglo-French ypocrisie, borrowed from Late Latin hypocrisis, ypocrisis, borrowed from Greek hypókrisis "playing a part on the stage, pretending to be something one is not," from hypokri-, variant stem of hypokrī́nomai, hypokrī́nesthai "to reply, make an answer, speak in dialogue, play a part on the stage, feign" (from hypo- hypo- + krī́nomai, middle voice of krī́nō, krī́nein "to separate, choose, decide, judge") + -sis, suffix forming nouns of action or process — more at certain entry 1 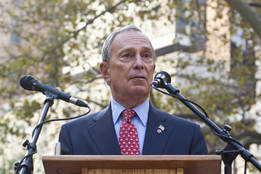 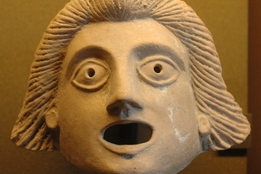 The Origin of 'Hypocrite'

This common word has a dramatic origin story

plural hypocrisies
: behavior that does not agree with what one claims to believe or feel
the hypocrisy of people who say one thing and do another

More from Merriam-Webster on hypocrisy