Definition of flowering (Entry 2 of 2)

1 : the act or state of producing flowers : the period during which a plant produces flowers the flowering of the iris a plant that should be pruned only when flowering ends Early flowering was followed by heat waves in July and August …— James Suckling
2 : an unfolding or development the gradual flowering of his talent : a flourishing state or period of new development or growth … when Christians, Muslims and Jews lived and worked together in peace and friendship, producing a rare flowering of art, science and commerce.— Liesl Schillinger … the theatre is a wonderful testimony to the city's artistic flowering in the era of art nouveau.— Robert Fox

First Known Use of flowering

The first known use of flowering was in the 14th century 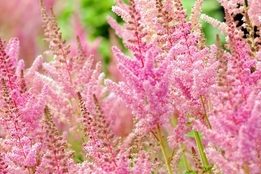 ...and how hard each is to rhyme

More from Merriam-Webster on flowering

Thesaurus: All synonyms and antonyms for flowering