en-
1
a
: the state or condition of being entitled : right
b
: a right to benefits specified especially by law or contract
2
: belief that one is deserving of or entitled to certain privileges
3
: a government program providing benefits to members of a specified group
also : funds supporting or distributed by such a program

my entitlement to a refund celebrities who have an arrogant sense of entitlement entitlements such as medical aid for the elderly and poor
Recent Examples on the Web Making housing vouchers an entitlement would be a huge step forward, Banks said.

New York Times, 14 June 2022 The supervisor has a darker side: a highly inflated ego, an inflated sense of entitlement and a glaring lack of empathy for their team.

Jack Kelly, Forbes, 16 Aug. 2022 There’s a whole new cast of characters this time (with a return from Jennifer Coolidge, thank the goddess), but the sense of entitlement is still very much the same on the pristine shores of Italy.

Chelsey Sanchez, Harper's BAZAAR, 10 Oct. 2022 The buyer isn’t a veteran, but the program’s guidelines allow a civilian to take over the loan using the seller’s entitlement to the program.

Ben Eisen, WSJ, 28 Aug. 2022 Johnson says the biggest factor contributing to violence is the myth of bisexual women's hypersexuality, which leads people to assume bisexual women are constantly willing and creates a sense of entitlement to their bodies.

Alia E. Dastagir, USA TODAY, 15 June 2022 Her focus was always on providing dignity and a sense of entitlement to people who had never been granted much of either.

Gal Beckerman, The Atlantic, 19 Apr. 2022 The most twisted thing about this documentary was seeing how men regularly assumed entitlement to Janet and her body, from her father to her ex-partners.

These example sentences are selected automatically from various online news sources to reflect current usage of the word 'entitlement.' Views expressed in the examples do not represent the opinion of Merriam-Webster or its editors. Send us feedback. 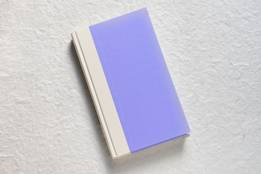 On the Rightful Use of 'Entitle'

You have the entitlement to use 'entitle' for names of things.

noun
en·​ti·​tle·​ment
1
: the state or condition of being entitled : claim
evidence of victim's entitlement to money seized

National Law Journal
2
: a right to benefits that is granted especially by law or contract (as an insurance policy)

Note: Some courts have held that entitlements are a property interest and therefore subject to procedural due process under the Fifth and Fourteenth Amendments to the U.S. Constitution when denied by federal or state governments.

3
: a government program that provides benefits to members of a group that has a statutory entitlement
also : the benefits distributed by such a program

More from Merriam-Webster on entitlement