: fit or able to be eaten

1
: something to eat
2
eatables plural : food

Adjective a survival course in which you learn which wild plants are eatable
Recent Examples on the Web
Adjective
And love the not-too-sugary bread-and-butter pickles. Fries: More crisp, golden matchsticks (seasoned with garlic, shallots, chives and lots of salt) and compulsively eatable. Price: $16. —

Philip Potempa, Post-Tribune, 4 Apr. 2018
Noun
The event begins at 3 p.m. The schedule includes live music from bluegrass and Americana band Rollin’ In the Hay, as well as eatables from Saw’s BBQ, food trucks, mini-golf, a bounce house and a water slide. —

William Thornton | Wthornton@al.com, al.com, 6 June 2019 In the shops, pink and white eatables were on display, often shaped into blossoms, and in bars people were drinking cocktails sprinkled with petals. —

These example sentences are selected automatically from various online news sources to reflect current usage of the word 'eatable.' Views expressed in the examples do not represent the opinion of Merriam-Webster or its editors. Send us feedback. 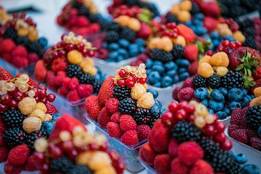 Putting 'Edible' and 'Eatable' on the...

Giving you something to chew on.

: fit to be eaten

More from Merriam-Webster on eatable