1
: a small spot : speck
2
: a small round mark: such as
a(1)
: a small point made with a pointed instrument
a dot on the chart marked the ship's position
(2)
: a small round mark used in orthography or punctuation
put a dot over the i
b
: a centered point used as a multiplication sign (as in 6 · 5 = 30)
c(1)
: a point after a note or rest in music indicating augmentation of the time value by one half
(2)
: a point over or under a note indicating that it is to be played staccato
3
: a precise point especially in time
arrived at six on the dot
4
: a short click or buzz forming a letter or part of a letter (as in the Morse code)
5
: a point used to separate components of an address on the Internet

1
: to mark with a dot
2
: to intersperse with dots or objects scattered at random
boats dotting the lake

: to make a dot
dotter noun

Verb Don't forget to dot the i. Quaint cottages dot the countryside. The fields were dotted with wildflowers. Dot the cream all over your face.

circa 1740, in the meaning defined at transitive sense 1

1822, in the meaning defined above 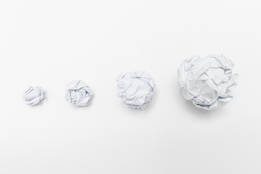 1
: a small spot : speck
2
: a small round mark made with or as if with a pen: as
a
: a point after a note or rest in music indicating increase of the time value by one half
b
: a centered dot · used as a sign of multiplication
3
: an exact point in time or space
arrived at six on the dot
4
: a short click or buzz forming a letter or part of a letter (as in the Morse code)

dotted; dotting
1
: to mark with a dot
dot an "i"
2
: to cover with or as if with dots
green buds dotted the branches
dotter noun

More from Merriam-Webster on dot