1
: markedly distinct in quality or character
2
: containing or made up of fundamentally different and often incongruous elements
disparately adverb
disparateness noun

Have you ever tried to sort differing objects into separate categories? If so, you're well prepared to understand the origins of disparate. The word, which first appeared in English in the 16th century, derives from disparatus, the past participle of the Latin verb disparare, meaning "to separate." Disparare, in turn, comes from parare, a verb meaning "to prepare." Other descendants of parare in English include both separate and prepare, as well as repair, apparatus, and even vituperate ("to criticize harshly and usually publicly"). Disparate also functions as a noun. The noun, which is rare and usually used in the plural, means "one of two or more things so unequal or unlike that they cannot be compared with each other," as in "The yoking of disparates, the old and the new, continues to be a [poet Anne] Carson strategy" (Daisy Fried, The New York Times, 21 Apr. 2013).

Choose the Right Synonym for disparate

First during the nineteen-seventies, but with increasing momentum during the eighties, a loose community of physics researchers had begun to postulate that the disparate small particles that we learned about in high-school science class—electrons, for instance—were actually the varied vibrations of tiny open and closed looped strings.

Benjamin Wallace-Wells, New Yorker, 21 July 2008 The American border with Mexico is among the most economically disparate intersections in the world, but the cities on either side of the port looked almost identical—a spread of humble brick and cinder-block homes dotting a blanket of brown hills.

Cecilia Balli, Harper's, October 2006 I made the French lemon cream tart that Greenspan credits to Hermé and got disparate reactions. An American friend loved its creaminess and felt it had a comfortingly familiar texture; a British friend … said he missed the traditional sharp, gel-like custard.

Tamasin Day-Lewis, Saveur, November 2006 Like these imagined cities, identical twins are identical only in their blueprints. By the time they are born, they are already disparate in countless neurological and physiological ways that mostly we cannot see.

Frank J. Sulloway, New York Review, 30 Nov. 2006 The plan, as near as anybody outside Yahoo can make out, is to stitch all those disparate organizations into one huge Frankenstein's monster of a search engine that will strike terror into the hearts of all who behold it.

Lev Grossman, Time, 22 Dec. 2003 disparate notions among adults and adolescents about when middle age begins See More
Recent Examples on the Web The practice has become more common since 2017, when bail reform measures sought to limit the use of cash bail because of its disparate impact on poor defendants.

Lilly Price, Baltimore Sun, 10 Nov. 2022 But the core benefit of the program was an acknowledgement of the many decades of alleged racial discrimination and disparate treatment by the USDA reported be generations of farmers.

Ellen Mcgirt, Fortune, 21 Oct. 2022 At the time, researchers said the study represented a key step in addressing the disparate treatment of Black girls in public systems.

Jay Goldman, Forbes, 10 June 2022 An alliance between the country’s four ideologically-disparate, predominantly-Arab parties known as the Joint List allowed it in 2020 to emerge as the third-largest faction in the Knesset.

Neri Zilber, The Christian Science Monitor, 28 Oct. 2022 But the root of those instructions are disparate, incongruent.

These example sentences are selected automatically from various online news sources to reflect current usage of the word 'disparate.' Views expressed in the examples do not represent the opinion of Merriam-Webster or its editors. Send us feedback.

borrowed from Latin disparātus "separate, distinct," from past participle of disparāre "to divide, separate off, make different," from dis- dis- + parāre "to supply, provide, make ready" (influenced in sense by association with dispar-, dispār "unequal, different") — more at pare 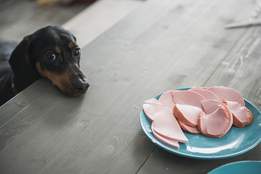 : indicating or stimulating dissimilar points on the retina of each eye

More from Merriam-Webster on disparate