1 : to explain the meaning of (a word, phrase, etc.) How would you define (the word) "grotesque"? a term that is difficult to define
2 : to show or describe (someone or something) clearly and completely The government study seeks to define urban poverty. Her book aims to define acceptable social behavior. See More ExamplesHe was defined by his passions. [=his passions showed what kind of person he was] She believes that success should be defined in terms of health and happiness. Tigers are broadly/loosely defined [=described very generally] as large cats. He narrowly defines [=describes very specifically] a hero as someone who has earned a medal in battle.Hide
3 : to show the shape, outline, or edge of (something) very clearly That fence defines the far edge of the property.

1a : to determine or identify the essential qualities or meaning of whatever defines us as human
b : to discover and set forth the meaning of (something, such as a word) how the dictionary defines "grotesque"
c computing : to create with established rules or parameters define a window define a procedure
2a : to fix or mark the limits of : demarcate rigidly defined property lines
b : to make distinct, clear, or detailed especially in outline the issues aren't too well defined eyes defined by mascara
3 : characterize, distinguish you define yourself by the choices you make — Denison Univ. Bull. the moment that defined the campaign

: to make a definition (see definition sense 1a)
Other Words from define Synonyms More Example Sentences Learn More About define

Other Words from define

Examples of define in a Sentence

a term that is difficult to define The government study seeks to define urban poverty. Her book aims to define acceptable social behavior. She believes that success should be defined in terms of health and happiness. That fence defines the far edge of the property.
See More

Recent Examples on the Web Now, in the second act of their illustrious careers, Musk and Bezos, who stepped down as Amazon CEO in July but remains its executive chairman, are bound together over a series of ventures that could define their legacies. — Washington Post, 10 Sep. 2021 In other words, COVID is more like a mirror, one that reflects the contradictions that define who is unsafe in America. — Douglas Haynes, Forbes, 8 Sep. 2021 Audi design boss Marc Lichte tells us that the proportions, the Quattro bulges and the front face are all elements that define the brand and will carry on in the next generation of vehicles. — Laura Burstein, Robb Report, 3 Sep. 2021 Outside his office window at UWM's School of Freshwater Sciences are the grain elevators and coal piles that define Milwaukee's inner harbor. — Dan Egan, jsonline.com, 2 Sep. 2021 Remodeled and with a new marquee that would define the theater for the next nine decades, the theater celebrated a reopening in November 1935, newspapers reported. — Jennifer Johnson, chicagotribune.com, 2 Sep. 2021 What are the aromas that define your memories of your country? — Paula Móvil, Condé Nast Traveler, 1 Sep. 2021 The shifting currents of desire, jealousy, frustration and decency that define the Austin-Nora-Martha triangle flow through a complicated circuitry that encompasses the extended King family, the neighborhood, the town and even the nation. — New York Times, 30 Aug. 2021 This lively, if shambling, fifth season of The Good Fight has been leading to this moment when the institutions that define this country and reinforce the rule of law come under question. — Scott Tobias, Vulture, 26 Aug. 2021

These example sentences are selected automatically from various online news sources to reflect current usage of the word 'define.' Views expressed in the examples do not represent the opinion of Merriam-Webster or its editors. Send us feedback.

First Known Use of define

History and Etymology for define

Middle English diffinen, defynen, borrowed from Anglo-French definer, diffiner, borrowed (with conjugation change) from Medieval Latin dēfīnīre, diffīnīre (dif- by association with dif-, assimilated form of dis- dis-), going back to Latin dēfīnīre "to mark the limits of, determine, give an exact description of," from dē- de- + fīnīre "to mark out the boundaries of, limit" — more at finish entry 1

The first known use of define was in the 14th century 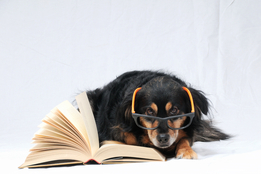 How we write our definitions

1 : to explain the meaning of define a word
2 : to make clear especially in outline Your responsibilities are defined in the handout.

More from Merriam-Webster on define