: the activity or practice of dressing up as a character from a work of fiction (such as a comic book, video game, or television show) In cosplay, a good costume is as much about creativity with materials and construction as it is about the outcome. So while some people spend hundreds or thousands of dollars on custom outfits for cons, many more invest in time, using cheap materials and household items to transform themselves into characters of superhuman, mythical proportions.— Jamal Jordan —often used before another noun cosplay fansFestivities would not be complete without a cosplay competition.— Charlotte Bray

Definition of cosplay (Entry 2 of 2)

1 intransitive : to engage in cosplay cosplaying as anime characters The positive reaction he received from fellow conventioneers felt so good that he's been cosplaying ever since.— Pam Kragen
2 transitive : to dress up as (a fictional character) in cosplay She said she has cosplayed other women in science fiction or fantasy, but Wonder Woman is the first woman superhero, and one of the earliest representations of a strong, capable woman she saw growing up.— Rebecca White

Other Words from cosplay

cosplaying noun
Cosplaying is a big, colorful part of Tokyo in Tulsa and it's safe to say that, other than Halloween, Broken Arrow has never been populated by this many costumed characters. — Jimmie Tramel a cosplaying event

First Known Use of cosplay

History and Etymology for cosplay

Note: The Japanese word was allegedly introduced in print by the Japanese publisher and media producer Noboyuki Takahashi (born 1957) in the June, 1983 issue of the magazine Mai Anime/My Anime (see Brian Ashcraft and Luke Plunkett, Cosplay World [Prestel, 2014], pp. 18-20; the authors quote from an interview with Takahashi and reproduce pages from the magazine).

Learn Japanese with language apps selected by our Reviews team.

The first known use of cosplay was in 1993 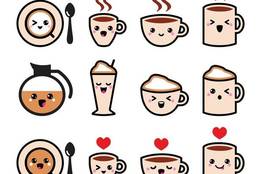