: a linen cloth on which the eucharistic elements are placed

The Various Uses of Corporal

The adjective corporal today usually appears in the phrase corporal punishment, which means "bodily punishment". This used to include such acts as mutilation, branding, imprisonment, and even death. But today execution comes under the separate heading of "capital punishment", which originally involved losing your head (capit- meaning "head"). Milder forms of corporal punishment are used by American parents, and were once common in schools as well. Corporal is occasionally used in other ways; in the traditional church, the "corporal works of mercy" include seven helpful acts such as sheltering the homeless and burying the dead. Corporal as a military rank actually comes from caporal—which has the same root as capital.

Middle English corporalle, borrowed from Anglo-French & Medieval Latin; Anglo-French corporal, borrowed from Medieval Latin corporāle (probably originally as modifying linteāmen "linen cloth" or a word of similar sense), from neuter of Latin corporālis "of the body, corporeal" (alluding to the belief that the eucharistic elements are the body of Christ) — more at corporal entry 2

1579, in the meaning defined above 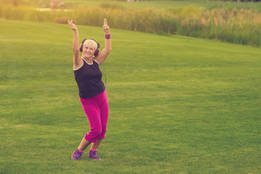 : of or relating to the body
whipping and other corporal punishments
corporally
-ē
adverb

2 of 2 noun
: a noncommissioned officer in the army or marines with a rank just below that of sergeant

: of, relating to, or affecting the body
corporal punishment

More from Merriam-Webster on corporal